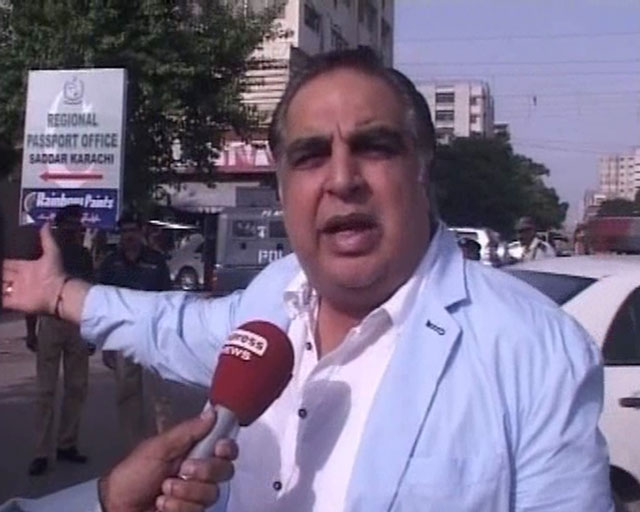 ISLAMABAD: The political parties have accelerated the process of finalising nominations for top posts at the Centre and in the provinces as dates for inaugural sessions of the National Assembly and provincial legislatures have been set.

The Pakistan Tehreek-e-Insaf (PTI) named Imran Ismail, an MPA-elect from Karachi, for the post of the Sindh governor.

The opening sessions of next National Assembly and Sindh, Balochistan, and Khyber-Pakhtunkhwa assemblies have been convened on August 13, while the Punjab Assembly will begin its first session on August 15.

On Saturday, Pakistan Peoples Party (PPP) nominated Syed Murad Ali Shah for the post of the Sindh chief minister, besides naming Agha Siraj Durrani and Rehana Leghari as the speaker and deputy speaker of the Sindh Assembly, respectively.

The PTI nominated its chief Imran Khan for the office of the prime minister besides naming Asad Qaiser as the speaker of the National Assembly and Chaudhry Muhammad Sarwar for the post of the Punjab governor, Chaudhry Pervaiz Elahi as the speaker in the Punjab Assembly, Mehmood Khan as the chief minister in K-P and Imran Ismael as Sindh governor.

The PTI has yet to nominate individuals on the posts of the Punjab chief minister, deputy speakers of the National Assembly and Punjab and K-P assemblies, and governors of K-P and Balochistan.

On Saturday, PTI spokesperson Fawad Chaudhry said that PTI would finalise its nominations on all key posts over the next day or two.

Commenting on the delay in nominations, he said that PTI was holding extensive discussions regarding the best possible nominations on all crucial posts.

The joint opposition also fielded its candidates for the offices of the prime minister, speaker and deputy speaker in the lower house of parliament.

The PPP’s nominee for the post of deputy speaker, Rehana Leghari, who is a lawyer by profession, was elected to assembly on a reserved seat for women on PPP’s ticket.

Soon after his nomination, Ismail – currently serving as PTI’s deputy secretary-general and the media adviser to the PTI chairman – pledged to work with the opposition in the greater interest of Sindh.

He said that after consulting with its allies, including Muttahida Qaumi Movement-Pakistan (MQM-P) and Grand Democratic Alliance (GDA), the PTI would soon announce names of opposition’s nominees for the posts of the chief minister, speaker and deputy speaker of the Sindh Assembly.

Stressing the need to cut expenditures, Ismail also said that he would not discriminate between urban and rural areas of Sindh.

Meanwhile, Fawad Chaudhry said that PM-in-waiting Imran Khan had decided to retain the seat he won from his hometown, Mianwali (NA-95).

Chaudhry said in accordance with parliamentary traditions, the PTI would invite heads of all parliamentary parties, including Shehbaz Sharif, Bilawal Bhutto-Zardari, Khursheed Shah and others to Imran’s swearing-in ceremony on August 18.

“PTI has decided that it will accede to all legal demands of the opposition … to strengthen democracy in the country,” Chaudhry said.

He said Imran had convened a meeting of PTI’s parliamentary committee at the Centre on August 13.

According to him, the meeting would be attended by all the party’s MNAs-elect and those of its allied parties.

Similarly, he said, the PTI would hold parliamentary party committee’s meeting in Lahore on August 14.

Participants of the meeting held on Saturday at Bani Gala had decided to reduce expenses of the PM House, governors and chief ministers’ houses and all government facilities.

He said that a security review of government accommodations was under way and the party would decide where Imran would reside in the light of recommendations of the security report.

He predicted that PTI nominees for the slots of speaker and deputy speaker of the National Assembly would get as many as 180 votes and Imran would be elected as the PM by a wider margin.

In the Punjab Assembly, PTI is expecting its nominee for the post of CM to get more than 200 votes.