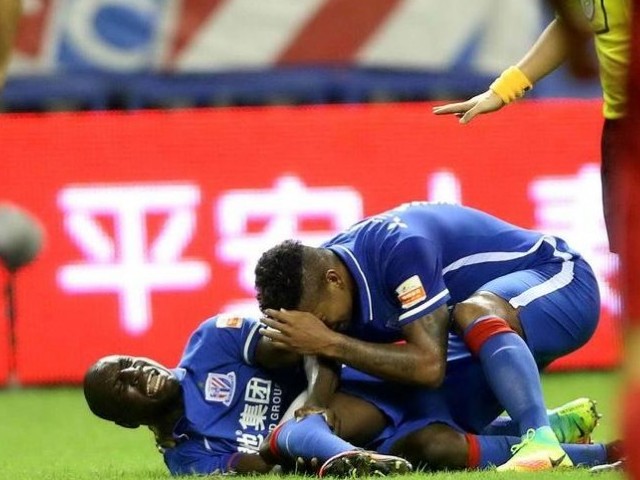 SHANGHAI: A footballer who allegedly used a racial slur against Senegalese striker Demba Ba in the Chinese Super League (CSL) was banned for six matches on Friday.

The Chinese Football Association (CFA) also fined Changchun Yatai midfielder Zhang Li 42,000 yuan ($6,000), although in its statement announcing the punishment it made no reference to race or racial abuse.

Instead, the CFA said that Zhang “interfered with the normal order of the game, causing chaos and adverse social impact”.

It follows a heated confrontation between Zhang and Shanghai Shenhua’s Ba during a 1-1 draw on Saturday after the former Chelsea forward collided with one of Zhang’s teammates.

Various Chinese media reported that Ba — who was visibly angry — later said that Zhang had hurled racially insulting remarks at him.

The 33-year-old Ba has not commented publicly on the affair but has retweeted anti-racism posts on his Twitter account.