Less than 10 per cent women voters turned out to vote for the provin­cial seat
By Our Correspondent
Published: August 10, 2018
Tweet Email 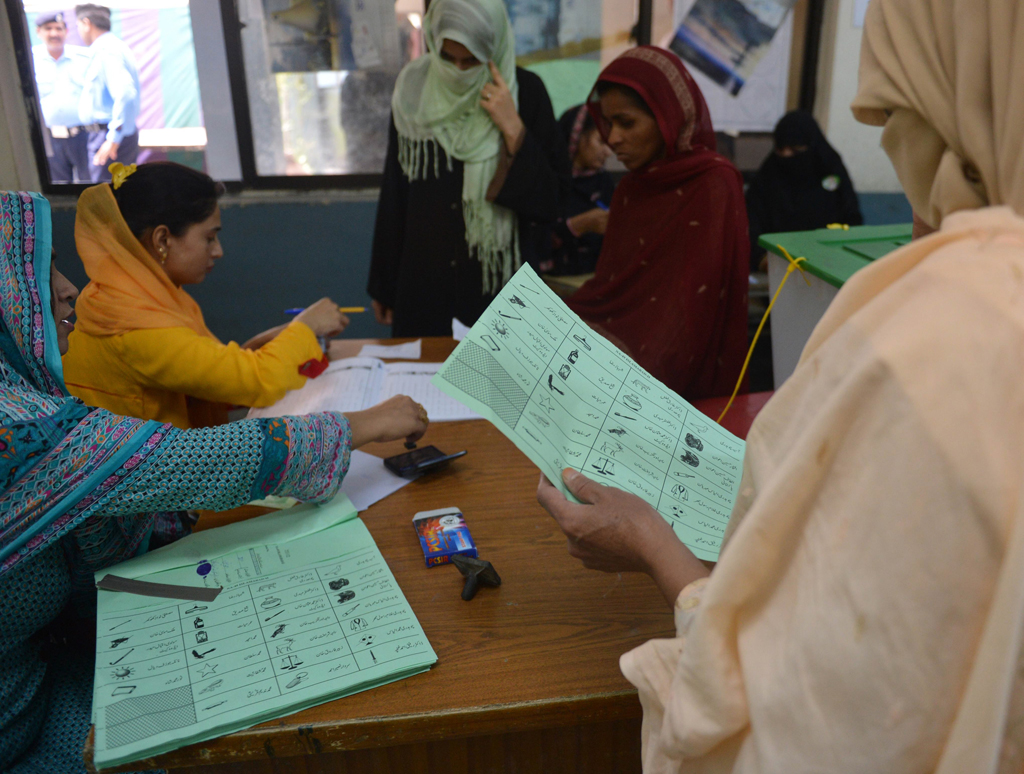 PESHAWAR: The Election Commission of Pakistan (ECP) on Friday ordered a re-polling in the constituency of PK-23 (Shangla) after withholding the victory notification due to low women voter turnout.

Earlier, the election body had withheld the notification when announcing the victorious candidates from over 800 constituencies across the country.  A five-member bench, headed by the chief election commissioner, held the hearing.

Less than 10 per cent women voters turned out to vote for the provincial seat of PK-23. No one from the petitioner’s side or the winner’s side appeared for the hearing. The election bureau ordered to withhold the notification and sought a reply from the concerned authorities. The case will next be taken up on August 13.

Imran Khan pushes for revival of talks with India