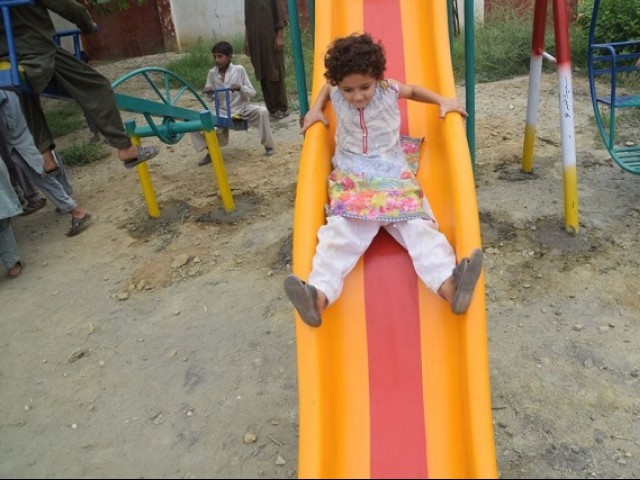 Children playing in a school park in Mohmand Agency. PHOTO:EXPRESS

PESHAWAR: The Tehreek-e-Taliban Pakistan (TTP) enjoys a sizable presence in the  tribal district of Mohmand. Attacks along the border with Afghanistan are frequent and militants remain active in the area. Given the circumstances, public spaces for both, men and women are virtually non-existent. But district authorities have taken it upon themselves to change this.

The deputy comissioner’s (DC) office has established 10 parks for  children across various schools and revamped a women’s community park. Mohmand DC Wasif Saeed said an initiative of this kind was previously unimaginable considering how women in the district traditionally remain confined to their homes.

Rights activist Fakhar-e-Alam said the initiative would provide (some) succour to those stifled by a rigid social structure. Afford it will also, he said, women the opportunity to socialise. He said such initiatives ought to be welcomed. There is a (great) need for outdoor spaces and physical activity in the militancy-hit district, Alam said. 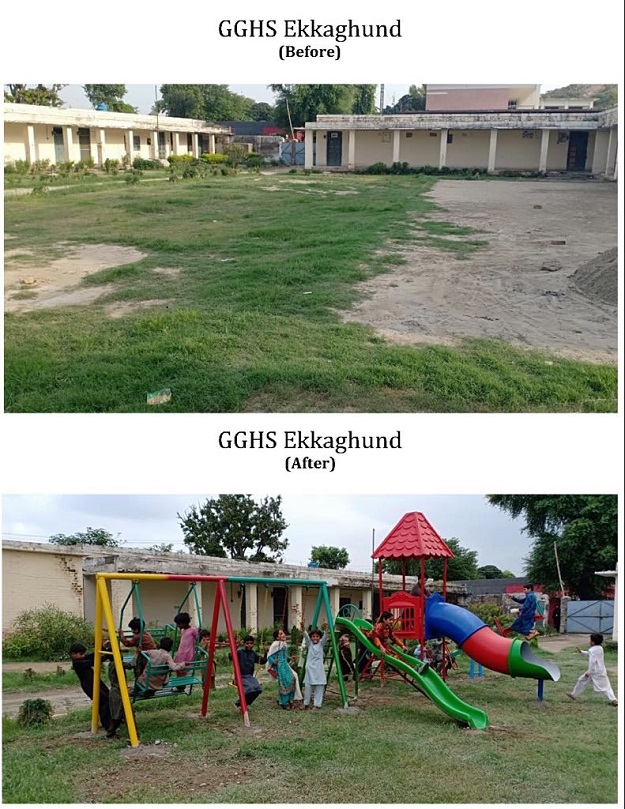 The rights activist said transforming people’s perception about unaccompanied women leaving their homes was the greatest hindrance to the project. To overcome the challenge, the DC called on notables before initiating the project and convinced them schools were safe, neutral places for women to congregate. Procuring land, organising resources and ensuring security brought with them challenges of their own.

Funding was another obstacle. Annual development funds for the region did not have allocations for the project and the DC’s office collected money from discretionary funds and staff contributed a portion of their monthly salaries to fund the initiative. The project’s estimated cost was Rs4 million but the office executed it in just Rs2 million by securing discounts and concluding special contracts. 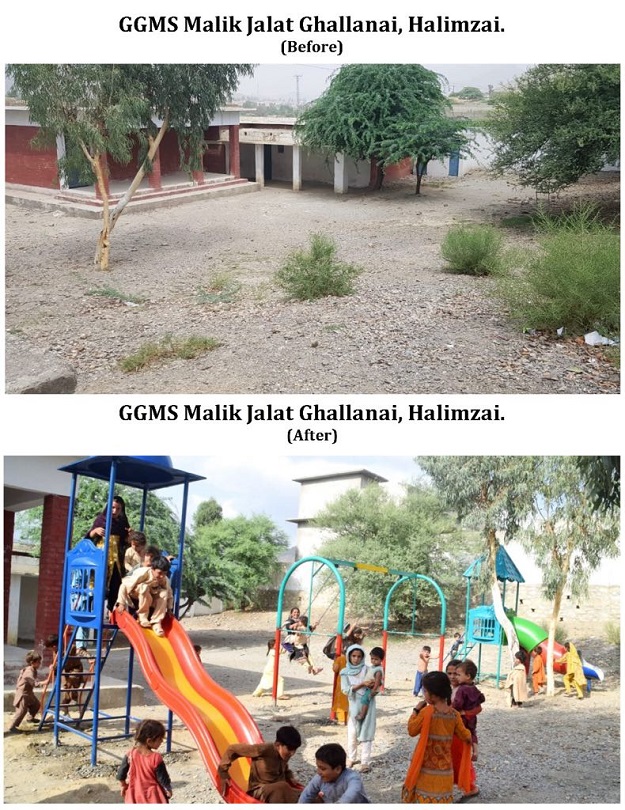 Saaed told The Express Tribune they were now looking to install solar lights. This, he said, would allow the parks to remain open till nightfall. “We will ensure security. The Ghalanai park will boast state-of-art facilities.”

It is estimated around 2,642 girls will have access to the parks during school hours. Facilities will be available to women residents in the vicinity of parks in the afternoon. Around 14,703 girl children living in a five-kilometre radius of the schools will also have access to the playgrounds. Plans for the second phase of the project, which envisage equipping more schools with similar facilities, are contingent on funding. 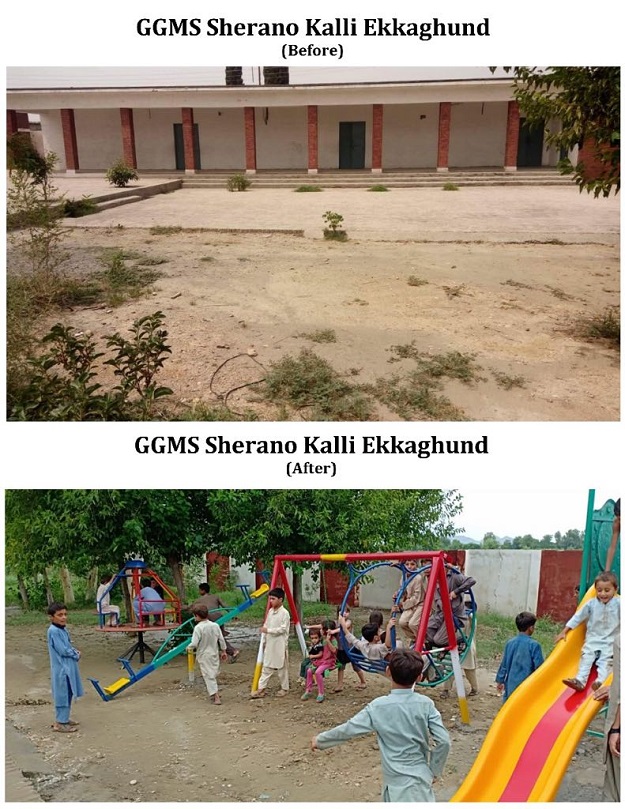