Under Chilea­n law bishop­s are not obliga­ted to report crimes commit­ted inside the Church to the civili­an author­ities
By Reuters
Published: August 10, 2018
Tweet Email 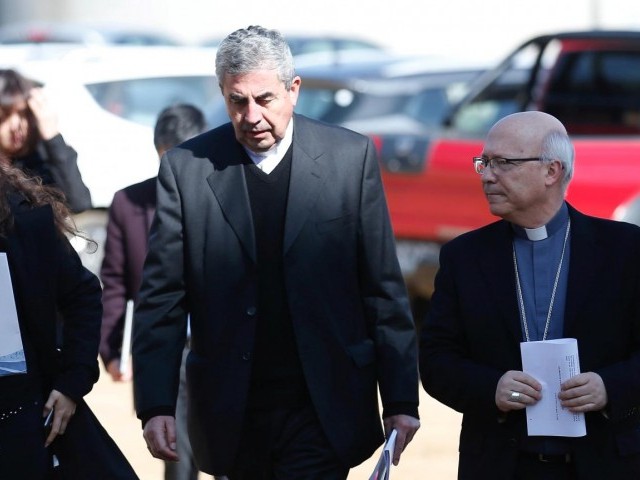 SANTIAGO: A Chilean prosecutor said on Thursday that the office of the bishop to the armed services had been raided as part of investigations into accusations that senior Roman Catholic Church officials covered up claims of sexual abuse by clergymen in Chile.

Emiliano Arias, a provincial prosecutor leading the investigations, told Reuters that the raid on the office of Santiago Silva had been conducted by court order and authorized by the defense minister and the commander-in-chief of the armed forces. Silva is also president of the Chilean bishops’ conference.

Arias said that a prosecutor accompanied by military officials had seized documents related to complaints made over 20 years to Silva and his predecessor, former bishop Juan Barros, about sexual abuse by clerics operating inside or outside the armed forces.

Silva’s office did not respond to requests for comment and the Chilean bishops’ conference said Silva was out of the country and his office would not be commenting at this time.

The raid was one of eight on offices of senior church figures as prosecutors search for evidence of accusations of sexual abuse by clergy not reported to the civilian police, and evidence of cover-ups, Arias has said.

The scandal has rocked the Church in Chile. Pope Francis encountered mass protests when he visited Chile in January.

In June, Chile’s 34 bishops were summoned to Rome by the pope after Vatican investigators produced a 2,300-page report alleging that senior Church officials in Chile had failed to act on abuse claims and in some cases hid them. So far, the pope has accepted resignations by five of those bishops, including Juan Barros.

Under Chilean law governing the separation Church and state, bishops are not obligated to report crimes committed inside the Church to the civilian authorities.

“They, unlike other Church figures, have an obligation to report crimes because they are members of the armed forces,” he told Reuters.