Three of the object­s carry Sumeri­an inscri­ptions which identi­fy their origin as the Eninnu temple from city of Girsu
By AFP
Published: August 9, 2018
Tweet Email 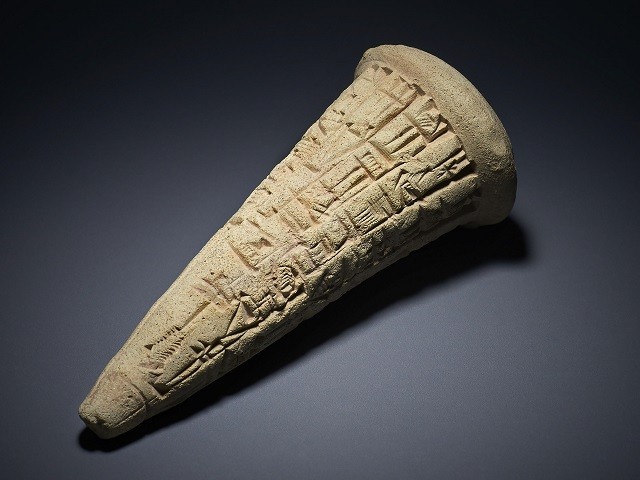 A handout picture released by the British Museum in London on August 9, 2018 shows a Sumerian clay cone, dating to around 2200BC. PHOTO: AFP

LONDON: The British Museum said on Thursday said it is returning to Iraq a collection of 5,000-year-old looted antiquities seized from a London dealer shortly after the US-led invasion in 2003.

The eight objects were confiscated by police in May that year after the dealer failed to produce proof of ownership, and were passed to the museum for analysis earlier this year. 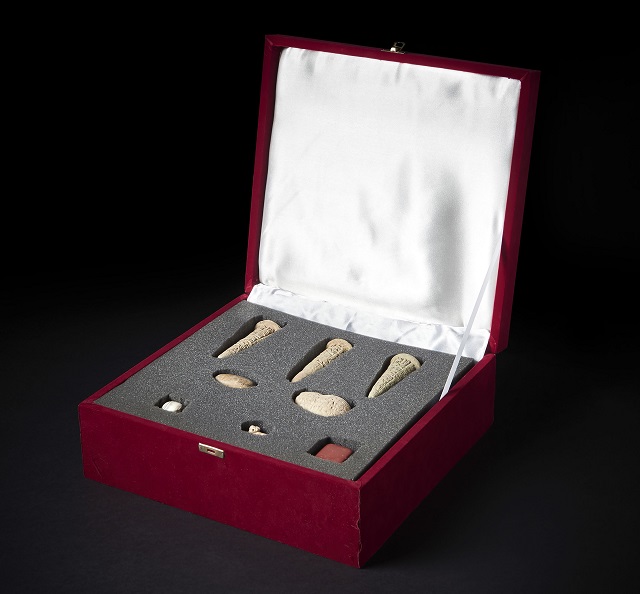 A handout picture released by the British Museum in London on August 9, 2018 shows a collection of looted antiquities, dating from between 2200BC to 3000BC. PHOTO: AFP

Three of the objects carry Sumerian inscriptions which identify their origin as the Eninnu temple in the ancient city of Girsu, now known as Tello, in southern Iraq.

Their identification was made easier by the fact that Tello is one of the excavation sites where the British Museum has been training Iraqi archaeologists since 2016.

US returns thousands of smuggled ancient artefacts to Iraq

“The other items are identical to objects known from excavations at Tello and most likely also originate from the same site,” the museum said in a statement.

The objects are believed to have been removed at night by a small number of people over a short period of time he scale of the looting is more limited than elsewhere in southern Iraq.

They will be formally handed to the Iraqi embassy during a ceremony at the museum on Friday, from where they will return to Iraq.

“Such collaboration between Iraq and the United Kingdom is vital for the preservation and the protection of the Iraqi heritage,” he said in a statement issued by the museum.

“The protection of antiquities is an international responsibility and in Iraq we aspire to the global cooperation to protect the heritage of Iraq and to restore its looted objects.”

The objects include three fired clay cones, each with an identical cuneiform inscription which has been seen on many other items, and references the deity Ningirsu.

Art of cinema comes alive in basement of Iraq aficionado

There is also a polished, yellowish river pebble and a fragmentary white gypsum mace-head, both of them also inscribed.

Another object is a white marble amulet pendant in the form of a reclining four-legged animal, dating back to around 3,000 BC.

A red marble square stamp seal or amulet pendant, depicting a pair of four-legged animals facing in opposite directions, is from the same period.

The final item is a white chalcedony stamp seal with a flat oval face engraved with the design of a reclining sphinx.