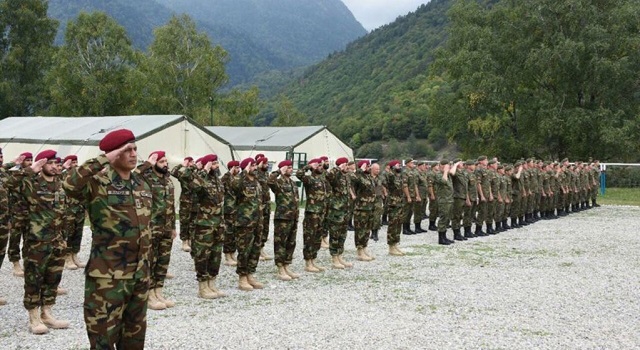 Pakistan and Russia on Tuesday reached a historic agreement allowing officers from the country’s armed forces to train in Russia, reported Voice of America.

According to the US-based publication, the Russians are keen to step in and fill the gap which the United States has created after halting security-related aid to Pakistan.

The deal was concluded at the end of the inaugural meeting of Russia-Pakistan Joint Military Consultative Committee in Rawalpindi, reported VOA, citing a statement from the defence ministry.

“The two sides also held in-depth discussions on avenues of future cooperation. In the end, both countries signed the Contract on Admission of Service Members of Pakistan in the RF [Russian Federation’s] Training Institutes,” said the ministry statement.

Pakistan and Russia have stepped up cooperation in the defence sector since 2014 when the two nations signed an agreement for boosting bilateral ties.

In line with the 2014 pact, Moscow sold Islamabad four Mi-35 combat helicopters, and the two countries also held counter-terror military drills, as well as an anti-drugs operation in the Arabian Sea. Reports suggested that a Pakistani warship had also participated in the Russian Navy Day parade.

“It was a very important event for us. Actually, an illustration of this importance is that this parade was taken by the commander-in-chief of Russian armed forces, President Putin,” Russian ambassador to Pakistan, Alexey Dedov, said last week.

“This cooperation is developing into many directions. So, there is quite a wide spectrum. And, of course, this is a reflection of our approach to the relations with Pakistan, which to our country has their own independent value for us.”

“Training at Russian military institutes would bring about a major shift in the worldview of top [Pakistan] military officers,” noted Baqir Sajjad, an Islamabad-based journalist and defence analyst.

“Until now, the brightest officers poised for leadership positions were trained in the US,” he added.

Russian officials have recently praised Pakistan for taking concrete steps to eliminate terrorism from its soil, in stark contrast to inflammatory statements from American leaders.

“It [Pakistan] is a very, very important party, not only in the regional stability, the stability worldwide. Our countries face similar challenges and threats to national security,” said Russian ambassador Dedov, while speaking at a seminar in Islamabad, noted VOA.

This article originally appeared on Voice of America