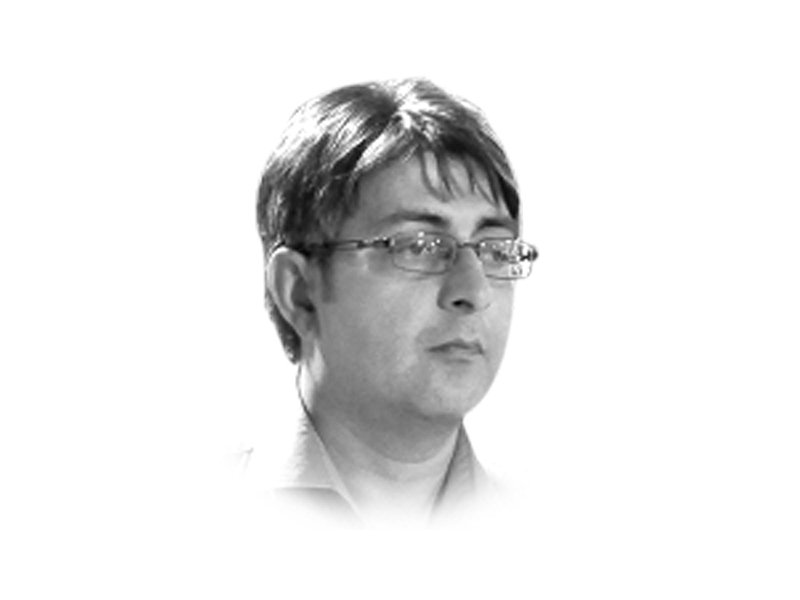 Every one of us was a dreamer once. Cough it up. You once dreamed great things for this country too. Then life took its toll and we all had to surrender to the mediocrities of life.

This election took me back to 1997. It was Imran Khan’s debut election and as a student I was rooting for him. The platform he was running on was not great. It was plain that his political vision needed work. He had spoken about hanging corrupt individuals on street corners. This vivid imagery was too gruesome for me. But we all knew that this was mere rhetoric and he would moderate his thoughts once he came to power. What the young ones like me expected from him was some semblance of heroics that we had witnessed during the 1992 Cricket World Cup. To understand why, you have to know about the anatomy of depressed identities. This country has known precious few moments of glory. But 1992 was one such shiny moment in its history. When we thought as world champions we had finally arrived, carved a niche under the sun.

In 1997, Imran Khan’s party was routed and many of us came to our senses. Miracles do not happen twice. The political culture of the country was too dense, and inertia ridden. There was no room for a newcomer in the system. Not immediately in any case.

Since then a lot has changed. Imran Khan continued his political journey. I continued my journey to disillusionment. The system exacts its pound of flesh. So, it did. The 2014 sit-ins. The Panama case lockdown. But it was not until a few months before the elections that any of us would even consider him a serious contender for the premiership post. But when the realisation came, it was as if a dam of bitterness was broken and old memories came flooding in. Old memories and dreams. And decision became easy.

Imran Khan inherits a badly broken system. Broken because of four key factors. Corruption, economic inequity, recent tryst with terrorism and overpopulation. Corruption severely disrupts a system’s ability to adhere to some semblance of merit and society is condemned to a life of mediocrity. Inequity, a product of corruption, our land tenure system and lack of any meaningful economic reforms, permanently fractures the society into irreconcilable and incalculable little pockets. Seventeen years of combating terror has shaken the moorings of the society and wounded the soul of the nation at levels it did not even know existed. And population explosion makes all this damage permanent. More mouths to feed, less time to fall back, rethink and heal.

It is evident that our soon to be prime minister does not have a magic wand. So, will he be able to bring about the magical transformation this polity so badly craves? Will he be able to apply the much-promised healing touch? We are waiting to see that. A look at the manifesto reveals that the party has its priorities right. Human development and job creation offer best solutions to the problem of overpopulation. Even symbolic austerity can go a long way in helping fiscal belt tightening. If corruption can be combated with firm conviction it can help a lot in improving market competitiveness, ease of doing business and instill the sense of ownership among the masses. Is this motley crowd of over 200 million capable of transforming into a nation given the right condition? It too is still to be seen. At least a manifesto has tried to address these issues. Even Imran Khan may not realise how deeply this little volume has affected the election outcome. Now what remains to be seen is how he and his government walk the talk.

Here is a gentle reminder that his assuming the role of the country’s premier is not akin to winning the World Cup. It is more like assuming the captaincy of Pakistani team. This is perhaps the worst hung parliament we have seen. The last parliament passed an entire year’s budget before its departure. Numerically it won’t be easy to even change that. Also, the winds that seem in the PTI’s favour will not be there forever. Right now, the system has just heaved a sigh of relief upon the departure of the PML-N government and its baggage. It will soon be old news. It is built in such a way that friction between various branches is almost a certainty. So, failure is not an option. The party will need support of every well-wisher in town. Perhaps the best solution would be to woo its estranged workers and supporters. A constructive use of the party’s soft power will be of pivotal import.

There are a few serious concerns about the party’s past positions that need to be addressed immediately. In the past five years the party’s senior leaders have spoken about infrastructure development and human development as if they are competing values. They are not. You need both for a well-rounded economy.

That brings us to the matter of seeking an IMF bailout. Our television talking heads never pass up an opportunity to remind the party how it was opposed to the idea of approaching the fund. If Asad Umar’s estimate of liquidity that the country will soon need is correct (and there is no reason to doubt it) we may have no option but to go to the IMF. And it will not be at the cost of CPEC. All you need is to fulfil your promise of open government in this regard. Macroeconomic stabilisation has to be first in the list of priorities.

The third issue is of the prime minister’s security detail. Media doesn’t know what it is talking about. A premier should never compromise his physical safety for mere optics. Reaching out to one’s constituents is important but for that creative alternatives should be sought.

Finally, it is imperative to work to build durable civil-military ties. For that updating position on the fight against terror is of critical import. Perhaps, the best symbolic gesture would be to visit the Yadgar-e-Shuhada after the inauguration.

We still have to see how prime minister Imran Khan will do. But for now I am grateful that he brought old dreamer in me back to life, even if for a fleeting second.