Nawaz Sharif says govern­ment could soon lose power if it does not fix its govern­ance lapses.
Published: May 28, 2011
Tweet Email 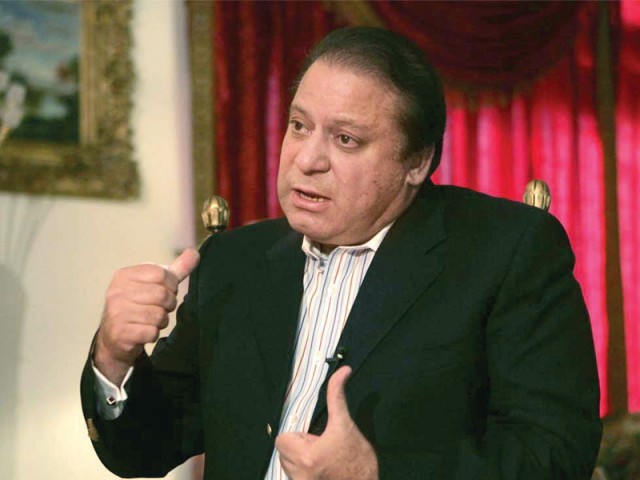 Nawaz Sharif says government could soon lose power if it does not fix its governance lapses. PHOTO: FILE

Opposition leader Nawaz Sharif said on Friday that the government could soon lose power if it does not fix its governance lapses and does not learn from back-to-back incidents of security lapses.

“The rulers have not learnt any lesson either from the Abbottabad incursion (by US forces to kill Osama bin Laden) or the (terrorist) attack on (a naval base in) Karachi. Such poor governance will not let them remain in power for long,” the Pakistan Muslim League (PML-N) chief told party’s workers from Azad Kashmir.

Urging the government to abandon its policy of taking “dictation from somewhere else, Sharif said that the supremacy of law was necessary to root out the menace of terrorism, adding that providing easy access to justice and equal opportunities to the people was also essential.