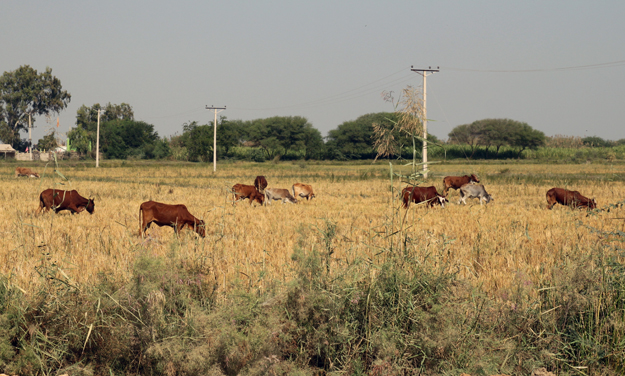 The foundation entered on Tuesday in an agreement with the Hashoo Foundation, identifying the subsoil water filled 1,600-acre Gorano reservoir as the ecotourism destination to develop.

The reservoir is situated in Islamkot taulka, some 30 kilometres away from Islamkot town. The SECMC is using the reservoir to store underground water being pumped out from the coalfield.

According to the company’s spokesperson, the reservoir receives thousands of migratory birds every year and recently fish farming has also been started on the site. The company has also built a public park at the top site of the reservoir.

The Memorandum of Understanding (MoU) signed at a ceremony at Gorano on Tuesday is intended to form and execute green programmes and social development initiatives for the local community in Thar.

Naseer Memon of the Thar Foundation and Ayesha Khan of Hashoo Foundation inked the agreement.

Besides promoting and developing ecotourism in Gorano, both the parties will also work together to commercialise moringa amongst the locals and initiate a skill development programme in the hospitality industry.

Naseer Memon said the area has a great potential for ecotourism where around three million people come every year to visit historical and natural destinations. He added that though the number of visitors can be increased manifold, there is lack of adequate facilities for the visitors.

“There is a need to develop proper ecotourism plans for Thar by the government fund. But the corporate sector should also contribute by using its expertise in the area.”

Khan said her foundation will provide technical assistance and make plans for ecotourism. “We will identify specific markets to streamline the value chain for commercialisation of Moringa for the community, particularly women, provide guidance and training for skills development programmes and also monitor the implemented plans for course correction as and when required,” Khan added.

SECMC is investing over $2 billion on coal mining and power generation projects in Tharparkar. The reservoir became a subject of controversy when the local villagers took to protests and filed a petition in the Sindh High Court, contending that the reservoir posed a threat to their livelihoods and environment. However, last month, the protest came to an end after continuing for over a year.