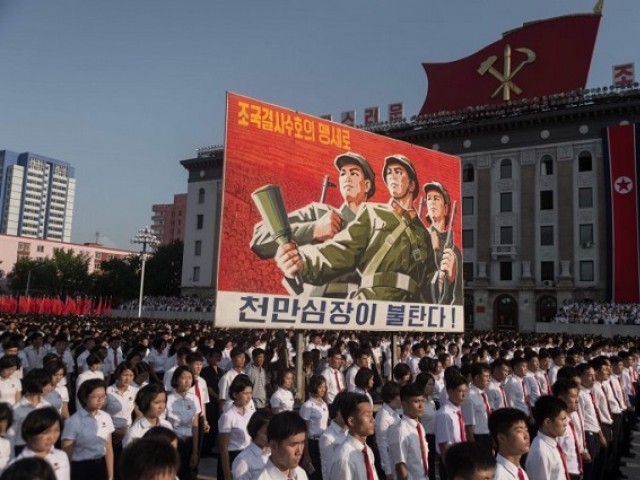 UNITED NATIONS, UNITED STATES: The UN Security Council on Monday approved US-drafted measures aimed at ensuring that tough sanctions on North Korea do not impede deliveries of humanitarian aid to the isolated country.

Nearly half of North Korea’s population – 10 million people – are undernourished, according to UN officials, who have reported a drop in food production last year.

UN resolutions specify that sanctions should not affect humanitarian aid, but relief organisations argue that strict trade and banking measures are creating bureaucratic obstacles and slowing down the flow of vital supplies.

After weeks of negotiations, the proposal was approved on Monday.
Dutch Deputy UN Ambassador Lise Gregoire-van Haaren, whose country chairs the sanctions committee, said the guidelines will hopefully “provide clarity on delivering humanitarian aid to the North Korean people without violating sanctions.”

“Our ultimate goal is the denuclearisation of the Korean Peninsula, and the sanctions are very important to that end,” she said.

A notice will be sent to the UN’s 193 member-states by the committee “to provide a clear explanation” of the procedure for exemptions which will “improve the delivery of humanitarian assistance” to North Korea, a committee document said.

The United States has rebuffed calls from China and Russia to ease sanctions, urging instead that maximum pressure be maintained to compel North Korean leader Kim Jong Un to follow through on his pledge to denuclearise the Korean peninsula.

A US official said the guidelines would ensure that “only critical, life-saving humanitarian activities needed in North Korea can continue” and that requests for exemptions will undergo a detailed review.

Those sanctions ban North Korea’s exports of raw commodities while severely restricting imports of a range of goods and supplies of oil – vital for the country’s military.

A UN panel of experts reported on Friday that North Korea was able to circumvent sanctions through ship-to-ship transfers of oil products in international waters, arms sales and illegal banking transactions.

Despite the move to unblock deliveries, the United Nations is facing a major funding shortfall for its aid operations in North Korea.

Only four countries – Switzerland, Sweden, Canada and France – have made donations to the $111 million humanitarian appeal for North Korea, contributing a total of $12 million.