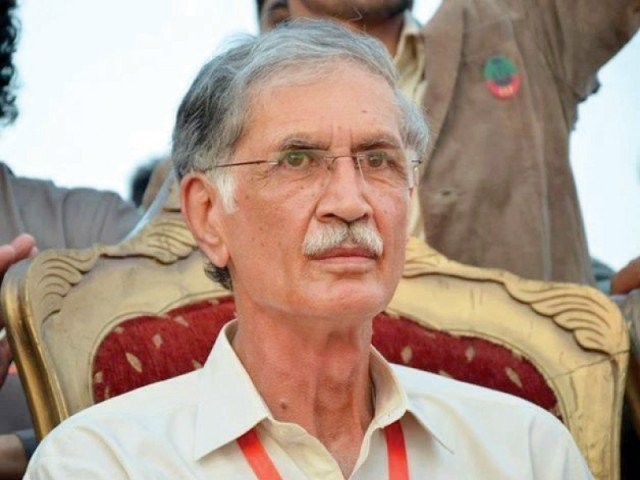 PESHAWAR: Over a week after the results of the general elections were announced, one candidate from Nowshera has sought to challenge the results.

He urged the court to direct the Election Commission of Pakistan (ECP) to recount all the ballot papers polled in the constituency. Khattak had won the PK-61 constituency by securing 20,647 votes. Pervez, who was Khattak’s rivals for the constituency, had only secured 16,054 votes.

The ANP candidate contends that given the narrowness that margin of victory, particularly since 2,646 votes were rejected as invalid, a recount could have tipped the election in his favour if his application for recounting was allowed by the returning officer (RO).

Pervez’s petition, filed through Azizuddin Kakakhel, alleged that his polling agents were kicked out of the polling stations when the ballot count began. Moreover, no form 45 was provided to him.

He argued before the court that by ignoring these legal procedures, the results of the constituency were not legally valid. “I have secured more votes than Khattak but my ballots were mixed up in bags of other candidates,” claimed the petitioner.

Before the commencement of the consolidation proceedings, the petitioner told the court, the returning officer shall re-count the ballot papers of one or more polling stations, if the request is made in writing by a contesting candidate or his election agent if the margin of victory is less than five per cent of total votes polled in a constituency.

“But I have made several requests to the RO for recounting however, it was not accepted,” Pervez contended.

He, therefore, requested the court the direct the ECP to re-count all the votes polled in the constituency.