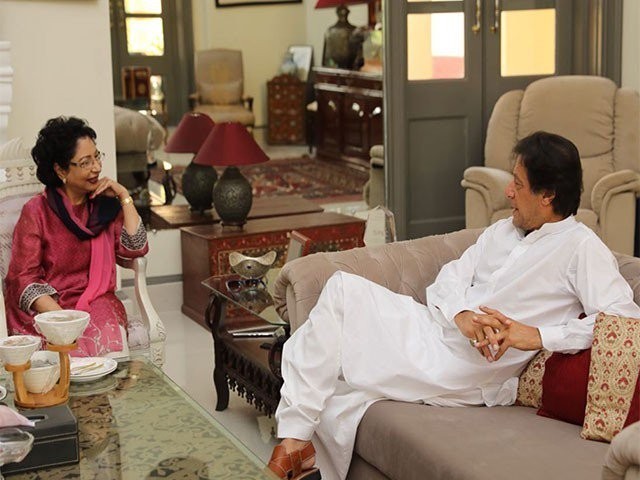 Pakistan Tehreek-e-Insaf (PTI) chairman Imran Khan has said that little noteworthy progress has been made in the past to find a solution for the Kashmir issue, Express News reported.

Imran expressed these views while meeting Islambad’s Permanent Representative to the United Nations Maleeha Lodhi at his Bani Gala residence on Sunday.

Lodhi congratulated the prime minister-in-waiting on winning the July 25 elections.

The former journalist apprised Khan about Pakistan’s ongoing efforts with regards to finding a permanent solution to the chronic issue on the international stage. She also briefed the PTI chief regarding the country’s role over important international issues.

The PTI chief told Lodhi that in the past very little progress has been made on Kashmir issue, adding that through the UN resolutions on Kashmir a solution must be found for this intractable issue.

The Japanese ambassador, the British envoy and other foreign dignitaries have also visited the former cricket legend in the past few days.

The envoys of China, Saudi Arabia and the United Arab Emirates have met Khan since his PTI won the lion’s share of seats in the National Assembly on July 25.

Similarly, India’s Prime Minister Narendra Modi had also called Imran to felicitate him on his party’s victory, saying that India was “ready to enter a new era of relations with Pakistan”.