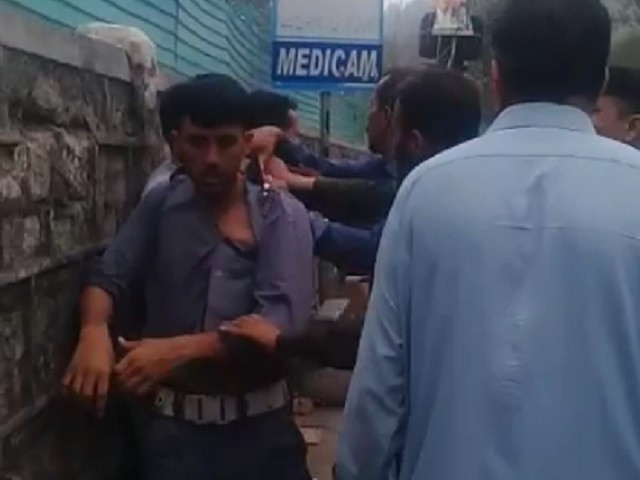 ISLAMABAD: Transporters badly beat up a traffic warden in Murree on Sunday after the official tried to issue tickets to a vehicle, which was illegally parked and blocking traffic.

Police told The Express Tribune that driver of a Suzuki pick-up bearing registration number 3114 had wrongly parked his vehicle in main Murree city at Sunny Bank Chowk when warden Afzaal approached him and told him to move his car as it was blocking the traffic.

On driver’s refusal to move his car, the warden after waiting for a few minutes demanded his documents in order to issue him a ticket. Upon which the driver allegedly tried to run over the warden first and then started beating him. Other local drivers also joined him in manhandling and beating the official.

Other traffic officials, who tried to intervene, were also beaten by the drivers.

Rawalpindi Chief Traffic Officer SSP Muhammad Bin Ashraf said two officials were beaten up by the local drivers. He said an FIR was being registered against the culprits, who he vowed would be taken to task.

Murree Police said warden Afzaal was also hit with an iron rod and received injuries to his head and face. His uniform was also torn down by the drivers.