Imran Khan-led party was secret­ive about the techno­logy plan ahead of the July 25 polls, fearin­g rivals could copy it
By Reuters
Published: August 5, 2018
Tweet Email 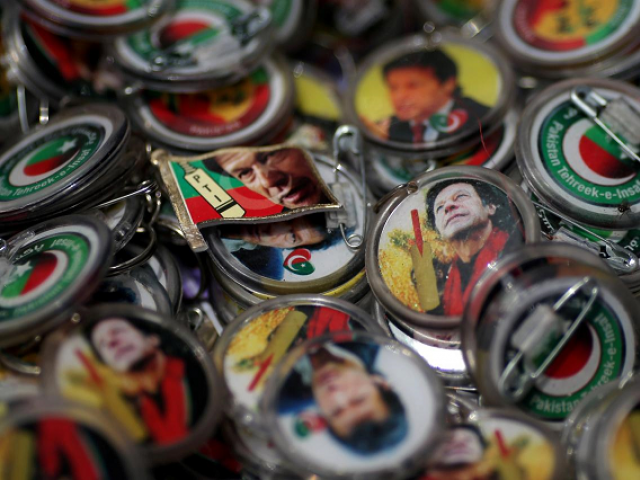 Imran Khan-led party was secretive about the technology plan ahead of the July 25 polls, fearing rivals could copy it. PHOTO: REUTERS/FILE

ISLAMABAD  : A phone app and a database of more than 50 million voters were key weapons in the successful campaign of Pakistan Tehreek-e-Insaf (PTI) chairman Imran Khan in July 25 elections.

How the PTI used the database and the associated app represents a sea change in the antiquated way in which the country’s biggest parties conduct elections, from pre-poll targeting of voters to on-the-day mobilisation of supporters.

The party was secretive about the technology plan ahead of the polls, fearing rivals could copy it, but several party workers showed Reuters how the app transformed their campaign and gave them an edge.

The phone app proved especially useful in getting supporters to the polls when the government’s own telephone information service giving out polling place locations suffered major problems on election day, leaving other parties scrambling.

It partly explains why Imran’s party managed to win tight-margin races in the nation of 208 million people, though Imran’s rivals allege he also benefited from the establishment’s support – an allegation he staunchly denies.

“It’s had a great impact,” said Amir Mughal, tasked with using the app and database, known as the Constituency Management System (CMS), to elect Asad Umar, a lawmaker who won his seat in Islamabad and will be the new finance minister.

The small CMS unit led by Mughal, Umar’s personal secretary, was typical of how the PTI set up teams in constituencies across Pakistan to mine the database, identifying voters by household, zeroing-in on ‘confirmed’ party voters, tagging them on the app, and ensuring they turned out on the election day.

“Work that would take days of weeks is being completed in one to two hours,” Mughal told Reuters in Umar’s office minutes after the polls shut.

The Imran-led party surpassed expectations to scoop about 115 seats out of 272 elected members of parliament, while the party of disqualified and jailed prime minister Nawaz Sharif trailed in second with 64 seats.

Developed by a small tech team, the CMS was a key response to Imran’s bitter complaints after the 2013 poll loss that his party failed to translate mass popularity into votes because it did not know the “art of winning elections”.

The Pakistan Muslim League-Nawaz (PML-N) ran a more erratic campaign, hurt by divisions within the party and the loss of key leaders who were either disqualified or in case of Nawaz and his daughter, jailed.

Weeks before the elections, Imran sent out a video via WhatsApp urging PTI candidates to embrace CMS.

“I have seen and experienced how it works and I’m using it in all five constituencies I am contesting,” the prime minister-in-waiting said in the video message. “The faster you apply this system, the easier your life will become,” Imran added.

Created by former US-based real estate businessman Tariq Din and Shahzad Gul, a tech consultant, the early version of the system was not immediately embraced by the PTI.

But Umar, the incoming finance minister, and wealthy politician Jahangir Tareen Khan, a close Imran ally, were among the first to see its potential. After the software helped deliver strong results in the 2015 local elections, the party was won over, according to senior PTI officials who work on the CMS software.

In pictures: Pakistan celebrates the elections

For the national election the PTI focused on 150 constituencies it felt it had the best chance of winning. Party workers said they used scanning software to digitise publicly-available electoral voter lists to create the database.

By typing in a voter’s identity card number into the app, PTI workers could see details such as family home address, who else lived in the same household, and where they needed to vote.

It became so crucial to the PTI campaign that when on the election day the programme went down for an hour, it triggered some panic in the party’s ranks.

A PTI supporter  wears a mask and dance on party songs during a campaign rally ahead of the general elections. PHOTO:REUTERS

A senior CMS official showed Reuters WhatsApp messages that flooded in when the system ground to a halt under the weight of database searches, which totaled 20 million on the poll day.

“What the hell is going on?,” inquired one of the PTI leader’s closest allies. This politician then called the CMS team and made his feelings clear, saying: “If the system doesn’t work, we will lose the elections and you guys will be the villains.”

CMS architects say the system’s power was only partly utilised as there was not enough time to train workers across the country and some politicians resisted using it.

In the run up to election day, PTI workers were also able to print out ‘parchis’, or slips, that voters needed to enter the polling station. PML-N workers had to help voters fill the paper slips with a pen.

In a large nation where illiteracy hovers above 40%, that meant PML-N workers had to write out millions of slips for the 12.9 million voters who backed Nawaz’s party, stopping those workers from canvassing or doing other vital work.