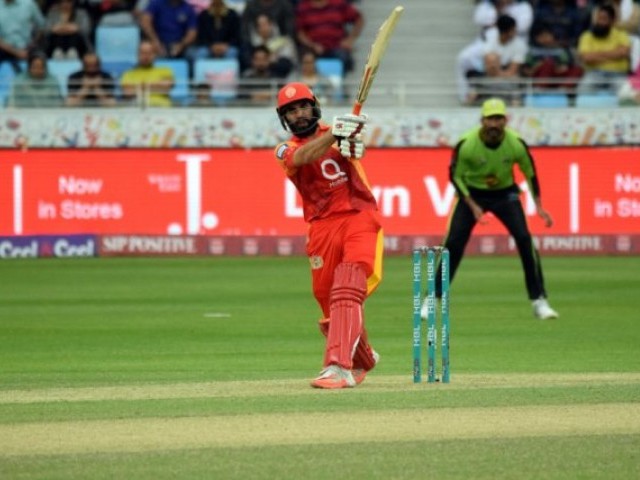 KARACHI  : Former Pakistan captain Misbahul Haq is of the opinion that Pakistan Super League (PSL) has played a key role in the rise of young cricketers.

Misbah — who scored over 11,000 international runs for Pakistan — believes featuring alongside leading cricketers has helped immensely in development of young players in the country.

“I believe that the rise of the younger players has a lot to do with the PSL,” said Misbah while talking to PakPassion. “We always knew that countries with their own T20 leagues such as India, where the players were getting a great opportunity to play alongside top players, were doing well at the international level.”

The 44-year-old added that the gap between domestic cricket and international cricket — in terms of exposure — has been bridged significantly after three editions of PSL.

“Our guys, on the contrary, were not getting that sort of exposure in high-pressure conditions,” he said. “On top of that, the gap between normal domestic cricket and the international level was too huge and that problem needed to be addressed properly. Thankfully, with three years of the PSL tournament now under our belts, we can see the difference in the way the Pakistani youngsters are performing in a confident manner and adapting so well at the international level.”

Misbah also pointed out that the change in morale and body language of the side — due to the exuberance of youth — is playing a pivotal role in the team’s success and hoped that the same trend will continue in the future.

“In today’s cricket, you need the sort of energy youngsters like Shadab Khan and Faheem Ashraf bring to the table,” said Misbah. “They have a fearless attitude and they take on the opposition as if there was no pressure on them. They enjoy the game which is another crucial factor in their excellent performances at the international level. I strongly feel that the morale as well as the body language of the team has been lifted due to the presence of these youngsters and hopefully this will continue to be the case in the future.”

Misbah further went on to praise head coach Mickey Arthur for taking stiff decisions for the sake of Pakistan cricket which have reaped rewards in shape of better fitness levels and a well-disciplined side.

“I think Mickey Arthur has done an excellent job in creating a side with so many youngsters settling in well into a team where there is a great emphasis on a culture of discipline and where fitness is an important factor as well,” he said. “Along the way, he has had to take some hard decisions and looking at the recent results, they are all paying off for the benefit of Pakistan cricket.”

Mohammad Hafeez — who has represented Pakistan in 50 Tests, 200 ODIs and 83 T20Is, where he scored 11,224 runs and claimed 239 wickets — was snubbed from the side for the recently concluded five-match ODI series against Zimbabwe and speaking on the issue, Misbah said that this situation must be very difficult for veteran all-rounder and believes it now up to Arthur, captain Sarfraz Ahmed and team management to make a call on his future.

“This must be a very disappointing time for an experienced and senior player like Mohammad Hafeez as he was not included in any game during the ODI series against Zimbabwe, despite having played some memorable knocks in the past for Pakistan including the one in the Champions Trophy final as well as a few others on the tour of New Zealand,” he said. “But after that he has failed to become a regular in the Pakistan ODI and T20I squads. I suppose now, it’s up to the coach, captain and management to decide how they wish to use him in the future as this is clearly a difficult time for Hafeez.”