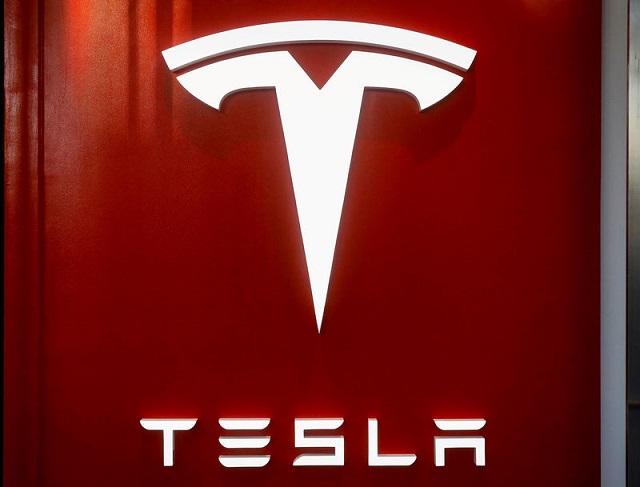 The Tesla logo is seen at the entrance to Tesla Motors' new showroom in Manhattan's Meatpacking District in New York City, US, December 14, 2017. PHOTO: REUTERS

S3 said the day’s losses pushed the aggregate year-to-date performance of short-sellers in Tesla into the red. Short-sellers aim to profit by selling borrowed shares, hoping to buy them back later at a lower price. Tesla is the most shorted US stock.

“We are not seeing a large amount of buy to covers yet,” said Ihor Dusaniwsky, head of research at S3 in New York, referring to traders buying shares to close out an existing short position.

“With such a large price move on the open, most short-sellers that are looking to cover are waiting for a retracement before placing buy-to-cover orders,” he said.

Tesla shares rallied $48.70 to $349.54 a day after the manufacturer said it would produce its new Model 3 sedan at a profit, following several recent weeks in which output had stabilized.

The update buoyed hopes that the company led by Elon Musk will stanch its losses.

Tesla’s rapid cash burn and struggles at turning a profit have made it a favorite target for shorts, including big names such as Jim Chanos, head of Kynikos Associates, and billionaire hedge fund manager David Einhorn’s Greenlight Capital fund.

Since the beginning of 2016, Tesla is the fourth-worst performing US short bet, and short-sellers have lost $4.70 billion on a net basis over that period, according to S3 data.

A sharp rally in the electric car maker’s shares since early April has hurt short-sellers.

On Tuesday, Einhorn told investors that his bet against the stock had turned into heavy second-quarter losses at his Greenlight Capital fund.