Rate swells up to Rs1,800 per bag wherea­s dealer­s resort to hoardi­ng
By Our Correspondent
Published: August 3, 2018
Tweet Email 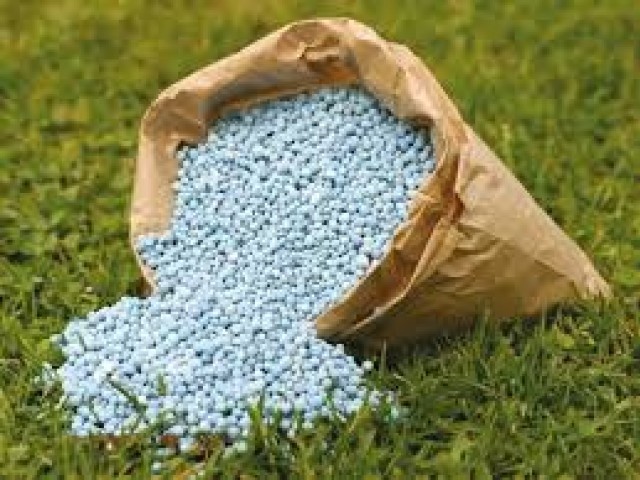 UREA price rises as some plants close down. PHOTO: FILE

LAHORE: The price of urea is constantly on the rise as demand and supply gap widens with each passing day, industry sources say.

The price of 50kg urea bag has swelled to Rs1,800 in different parts of the country against the maximum retail price of Rs1,600. In Punjab and Sindh, urea is being sold for around Rs1,700. In Khyber-Pakhtunkhwa, the situation is the worst as the fertiliser is being sold for up to Rs1,800 due to supply slowdown.

Farmers have been left at the mercy of dealers who are allegedly involved in urea hoarding with the support of manufacturers. Dealers are actually increasing market prices on the back of low supply following closure of some manufacturing plants.

Since October 2017, according to an estimate, the farmers have incurred an additional cost of about Rs30 billion in the wake of surge in urea prices. In the past nine months, the urea price has increased by Rs450-Rs550 per bag from Rs1,250-Rs1,300 per bag.

The only way to rein in the rising urea prices was to resume production of the commodity at closed plants, said industry circles. A follow-up meeting on provision of mixed local and imported gas to three closed fertiliser plants is expected to be held on Friday with high-ranking officers of Sui Northern Gas Pipelines, which will settle some issues.

All stakeholders including officials of federal ministries, provincial and industry representatives have expressed the resolve to restore about one million tons of idle urea manufacturing capacity by providing subsidised natural gas.

The option of urea import seems unfeasible as it will be expensive and time-consuming as well as consume foreign exchange reserves.

He was of the opinion that priority should have been given to ensuring smooth supply of natural gas to the fertiliser plants at reasonable prices.

He demanded that the government take immediate measures for sustained provision of natural gas for urea manufacturing.

The expected shortfall of about 0.5 million tons in early Rabi 2018-19 season could only be avoided by producing urea domestically, he suggested.