The princi­pal shareh­older in the Intern­ationa­l Moneta­ry Fund, the US, is out to dictat­e its terms vis-à-vis CPEC
By Dr Pervez Tahir
Published: August 3, 2018
Tweet Email 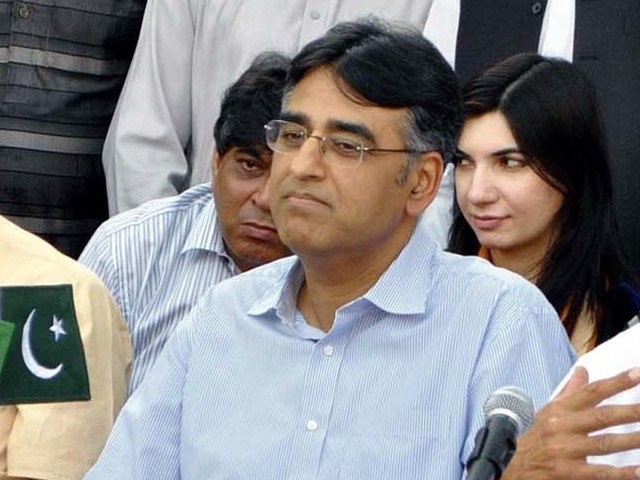 I have been saying for the past two months that the principal shareholder in the International Monetary Fund (IMF), the United States, is out to dictate its terms vis-à-vis CPEC through a possible IMF programme. Precisely for that reason, I have also been saying that the PML-N government, the caretaker government and the miltablishment have not considered going to the IMF. This deviation from the past proclivity to rush to the international lender of the last resort was witnessed despite a rapidly-deteriorating external account of the economy. Instead, the rupee was allowed to depreciate, regulatory duties were imposed on imports, tax amnesty was announced to encourage dollars inflow and assistance was sought from friends like China and Saudi Arabia, besides an oil facility from a subsidiary of the Islamic Development Bank. These holding actions during the political transition were in the nature of preparing the ground for the winners of the elections to take the country forward within their vision legitimised by the electorate for the next five years.

Rather than the vision of the “Ghairatmand Mussalman” to rid the country of its debt addiction, we have a sad Umar, the finance minister-select, with this sob stuff: “The crisis is so severe and requires measures so urgent that no option can be ruled out.” In an angry rebuttal to those he thought misunderstood him, he tweeted: “I had said no option including IMF is ruled out. I have said the same thing many times before and after elections.” The clarification clarified little. As Keynes famously observed: “Practical men who believe themselves to be quite exempt from any intellectual influence, are usually the slaves of some defunct economist.” He keeps naming at least two of the genre. What he needs to understand is that the economy is more than the Engro Corporation.

His outburst invited a Trump show of hand by the US Secretary of State: “There’s no rationale for IMF tax dollars, and associated with that American dollars that are part of the IMF funding, for those to go to bail out Chinese bondholders or China itself,” forgetting that China was the biggest holder of US Treasuries. He also forgot to consult his Treasury Secretary who might have told him that the IMF dollars (and now some RMBs, too) support the balance of payments, not the budget for loan repayments. What the US can, and shall, do is the stringent conditionality to slowdown CPEC investment. This will reverse the hard-won increase in growth and postpone the promised ten million jobs to future tenures.

Rather than telling the expectant people what his party will do to build on what has been done so far, he is waiting for the options to open, including the IMF. One hears that hordes of rich overseas Pakistanis are waiting for a sincere appeal to flood the country with dollars. Economies are not run on philanthropy. Pakistan is already benefiting from remittances enormously. Overseas Pakistanis help their families and in the process, help the country. Some more incentives can bring additions, but not in magnitudes being paraded. Their propensity to make Foreign Direct Investment (FDI) is far less than the overseas Chinese. Similarly, the talk of bringing back the billions looted by the corrupt politicians was a smart campaign, but is hardly a smart policy for the black hole in the external accounts. Nigeria, for instance, recovered a fraction of the estimated loot at great cost in time and money.

The trick is to do what the IMF says in spirit, but without its money. Money, in our case, has never made the mare go.