A total of 10 Pakist­ani cricke­ters will be seen in action during the 39-day long event
By Nabil Tahir
Published: August 1, 2018
Tweet Email 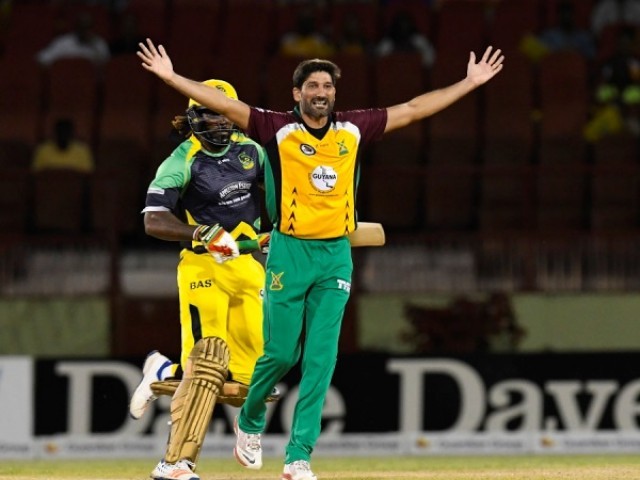 KARACHI  : Pakistan Cricket Board (PCB) has issued No Objection Certificates (NOC) to the players participating in the Caribbean Premier League (CPL) on Wednesday.

10 Pakistani cricketers will be seen in action during the sixth edition of the CPL — a tournament which is scheduled to take place from August 8 till September 16.

Six teams will be featuring in the event out of which five comprises of Pakistani players.

Barbados Tridents, Guyana Amazon Warriors, Jamaica Tallawahs, St. Lucia Stars and Trinbago Knight Riders have at least one Pakistan cricketer in their ranks. The only side to not have any Pakistan player is St Kitts and Nevis Patriots.

Young leg-spinner Shadab Khan will be the solitary Pakistan cricketer to play for Trinbago Knight Riders.

In the last season, Tanvir finished up as the highest wicket-taker of the season by bagging 17 scalps in 12 matches.

Former opening batsman Imran Nazir has said that Pakistan players participation in the CPL will improve the stature of the event.

Nazir — who last played an international match for Pakistan in 2012 — expressed those views while talking to The Express Tribune.

“Pakistan is the top T20I team right now and has been performing brilliantly in the recent matches,” said Nazir. “This makes Pakistani players the most watched players in the league.”

Nazir was also hopeful that fast bowlers Raees and Tanvir will put a good show during the event.

Speaking about leg-spinner Shadab, Nazir said: “He is a very good T20 spinner and I am sure is he will put in a good display.”

Among all the Pakistani players signed for the upcoming edition of the CPL, Tanvir is the highest paid followed by Malik and Afridi.

Talking on the matter, the 36-year-old said that it is good to see players being paid adequately. “It is not only good for the league but also for the players as they have been signed for a good amount, and also they will get more experience by playing with other players,” he said. “In the coming years, I am sure in other leagues, these players will be signed as the highest paid as they have been doing pretty good in this format.”

The opening match of the tournament will take place between defending champions Trinbago Knight Riders and St. Lucia Stars at Queen’s Park Oval, Port of Spain in Trinidad and Tobago.