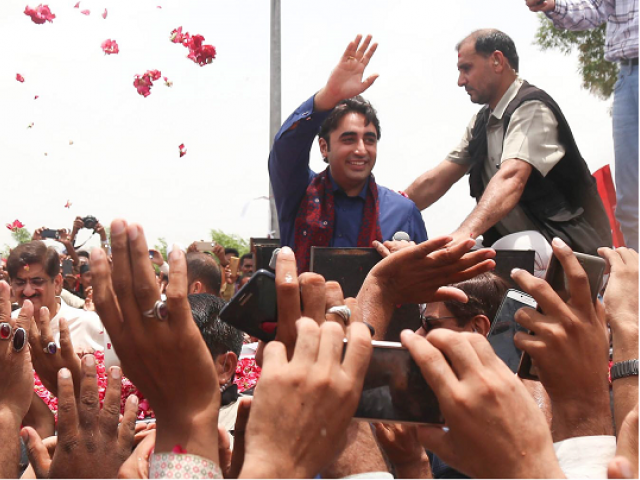 KARACHI: While claiming that his party always struggled for strengthening democracy and parliament, the Pakistan Peoples Party (PPP) Chairman Bilawal Bhutto Zardari has said the PPP will use the parliamentary forum to advance its ideology and ideals.

Bilawal, who will be beginning his parliamentary career, was addressing a luncheon held at Bilawal House for the newly-elected PPP parliamentarians from across the country on Tuesday.

Bilawal said despite difficulties and pre-poll pressures on candidates and workers, the PPP fared better in the 2018 general elections than 2013.

“Some opposition parties were considering boycotting the new parliament but the PPP convinced them to join the parliament and fight for democracy, which is a victory for democrats though we had also reservations over the election process,” he added.

He said the PPP has to focus on delivery in Sindh, where the party has once again secured majority.

“We are entering a new era where good governance and better performance should be the hallmark of the new provincial government.

“We cannot let down the people who sent us to assemblies as we are facing great challenges on international and economic fronts while other political parties are taking extreme positions on key issues,” he added.

Bilawal extended greetings to the entire nation on the 125th birthday of Māder-e-Millat Mohtarma Fatima Jinnah that was observed on Tuesday. In his message, he said sister of Quaid-e-Azam Mohammad Ali Jinnah challenged dictatorship and valiantly led the nation’s struggle for democracy.

He said that Mohatarma Fatima Jinnah struggled shoulder to shoulder with her brother during the freedom movement for an independent Pakistan. “The nation is indebted to Mader-e-Millat Fatima Jinnah for her struggle to uphold the democratic ideals of Quaid-e-Azam Mohammad Ali Jinnah.”