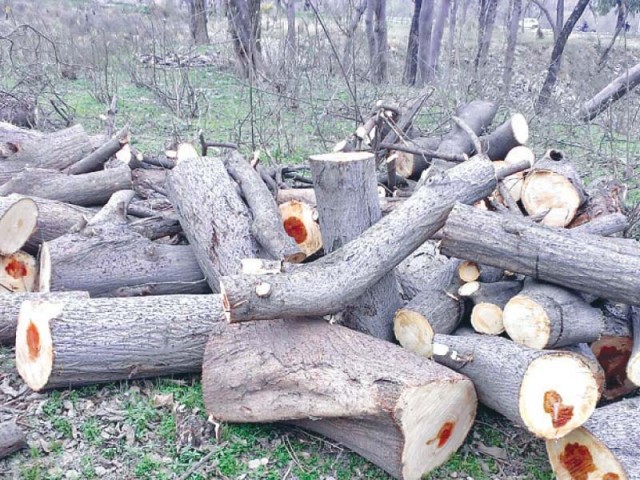 ISLAMABAD: People regularly traveling along the Expressway from Islamabad to Rawat urged the Capital Development Authority (CDA) to plant more saplings during the current tree plantation drive. This was particularly a requirement on locations along the roadside having no trees.

CDA had chopped down hundreds of trees for the expansion of the Expressway and the saplings it had planted from Sector I-8 interchange to Faizabad during its construction phase have also disappeared due to negligence.

The matter requires urgent attention as the CDA has yet to finalise its programme to start a tree plantation drive in the federal capital.

Meanwhile, Islamabad Chief Commissioner Joudat Ayaz launched the monsoon tree plantation campaign by planting 500 saplings at green belt of sectors F-10 and F-11. ICT Administration has set a target of planting 1,000 trees each at various sites in urban and rural areas of Islamabad. The chief commissioner said the purpose of the campaign was to motivate people to plant more saplings as trees play an important role in maintaining environmental health and overcoming pollution.

He said the ICT Administration wants to start a movement by involving students, civil society and other departments so that more trees could be placed. Joudat Ayaz said tree plantation plays an important role in keeping the environment clean and controlling land erosion and floods, however it is noticed that everybody is focusing on tree plantation whereas no one is focusing on protecting the trees that have already been planted. Already planted saplings are mainly eaten up by grazing animals and some action is required for protection of newly planted saplings. He urged people of Islamabad to plant trees in their homes and actively participate in this national cause because trees enhance the natural beauty and provide a clean environment to the citizens.

According to reports, over 300 trees were cut down. While a three-foot belt of Kachnar Park at I-8 – running parallel to the existing Islamabad Highway – was encroached to make room for expansion of the highway.

These trees were located on either side of the existing highway between Zero Point and Faizabad. Besides, the greenbelts on both sides of the highway were destroyed during the expansion.

A CDA spokesman had reportedly said in 2015 that as per the Environment Protection Agency guidelines the civic agency would plant three times more plants in various areas of Islamabad. However, an environmental impact campaigner Dr Dushka Saiyid had warned against incessant cutting of the trees which was robbing Islamabad of its green cover.

Some 759 fully grown and decades-old trees, 3,773 small trees and several shrubs were cut down during the construction of the Metro Bus project. Additionally, 5,526 ground covers and small bushes were also removed.

She had said that the uncontrolled and unplanned development in Islamabad was destroying the beautiful leafy capital.

She said that due to continuous environmental degradation at the hands of ill-conceived developmental and recreational projects the city’s temperature was on a constant rise.