Life cut short: Man shoots self after quarrel with wife

Life cut short: Man shoots self after quarrel with wife 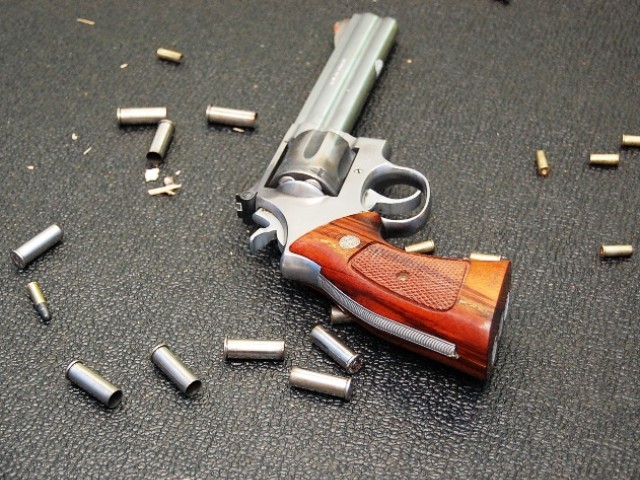 RAWALPINDI: A man shoots himself after an exchange of harsh words with his wife in the precinct of Ganjmandi area on Monday.

According to the police, Muhammad Akhter hailing from Sargodha was performing his duty in a private company as a security guard.

He shot himself at his work place allegedly after a quarrel with his wife. Later he was shifted to District Headquarter Hospital (DHQ) but he was pronounced dead due to excessive bleeding. When contacted, SHO (PS) Ganjmandi Police Station Anwar Farooq, confirmed that security guard had ended his life by shooting himself. According to preliminary investigation, Akhter had contracted love marriage with a girl and the couple had two children.

He said two days ago, Akhter quarreled with his wife and that led to his suicide.