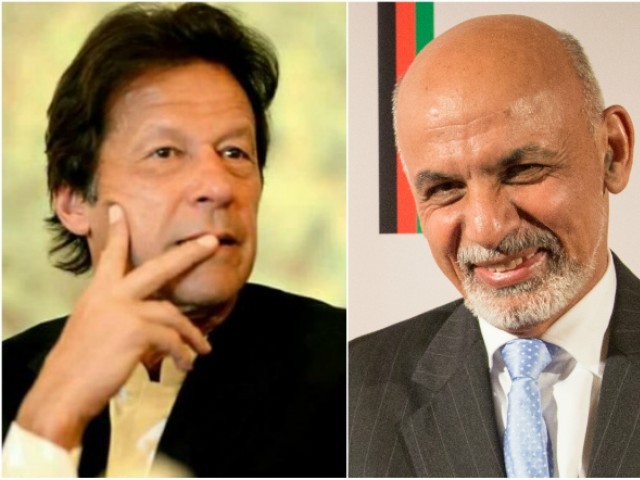 Ghani says he hopes the two nations can look beyond the past and further improve bilateral ties. FILE PHOTOS

The Afghan president, who wrote about his phonic conversation with Imran Khan on his Twitter handle, said they had “agreed to overcome the past and to lay a new foundation for a prosperous political, social and economic future of both countries.”

I just spoke to @ImranKhanPTI and congratulated him on the victory in parliamentary elections. We both agreed to overcome the past and to lay a new foundation for a prosperous political, social and economic future of both countries #Afghanistan and #Pakistan.

“I extended an open invitation to Mr Khan and he expressed his wishes to visit Kabul soon,” he added.

I extended an open invitation to Mr. Khan and he expressed his wishes to visit Kabul soon.

According to PTI Spokesperson Fawad Chaudhry, Khan told President Ghani that Pakistan wants complete peace in Afghanistan, and that the PTI government wishes to establish better relations between Pakistan and Afghanistan.

During the telephonic conversation, Ghani said the change in leadership would help solidify relations between the two neighbouring countries.

Ghani said Imran is a popular figure in Afghanistan and the country’s youth consider him a hero. “Because of Khan’s popularity, cricket has become the sports of choice in Afghanistan,” he added.

The PTI chief thanked the Afghan president for the grand gesture and accepted the invitation to visit the neighbouring country. Pakistan desires peace and prosperity in Afghanistan, said the PM-in-waiting, adding that his party also gives special importance to the Pak-Afghan ties.

Promising to visit Afghanistan soon after forming the government in Islamabad, the PTI chief said that his party’s government will revitalise the bilateral relations between the two countries.

Khan, in his first address to the nation, had also said that his government would like to have better ties with Afghanistan. He had said at the time that peace in Pakistan is contingent to peace in Afghanistan.