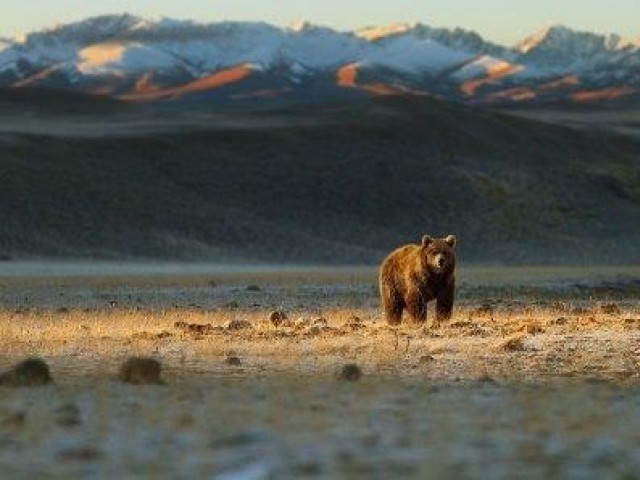 A Brown bear in plateau of Deosai in Gilgit-Baltistan. PHOTO: FILE

ISLAMABAD: A ‘crazy gora’ is all set to risk his life. This is for a cause.  And the cause is to save the Himalayan brown bear in the Deosai plateau of Pakistan.

Ignacio Artaza, 49, currently working as UNDP country director for Pakistan, has decided to cross a 900-kilometre endurance trek across the Pyrenees mountain range between France and Spain, from the Mediterranean Sea to the Atlantic Ocean, to raise funds for the endangered species.

“It is my personal initiative for a cause which will start on July 30 and will continue till mid of August,” Artaza, commonly known as the ‘crazy gora running in the Margalla hills’, told The Express Tribune in an exclusive interview.

He believes more rigorous measures need to be put in place for preserving the remaining population of the Himalayan brown bears. And that’s the reason he has decided to undertake this arduous challenge.

Artaza aims to raise $10,000 through this treacherous trek. The money will be used by the United Nations Development Programme (UNDP) for protecting the vital habitat of the brown bear in Pakistan through community mobilisation and advocacy efforts.

“My aim is to raise awareness among Pakistanis on the need to take care of the natural environment: everyone has a role to play, in his or her modest capacity, to protect Pakistan’s mountains, forests, rivers and animals. Not just because they are beautiful, but because it makes economic sense. People’s livelihoods depend on them, and they can constitute a source of income if managed in a sustainable manner,” Artaza said. 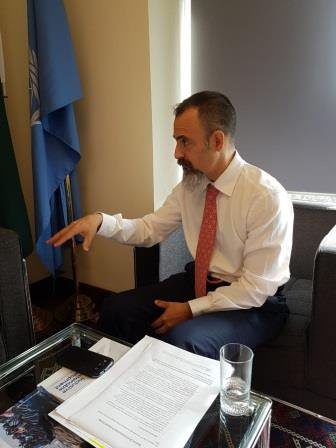 The Deosai National Park in Gilgit-Baltistan (G-B) was established in 1993 to conserve their remaining population by providing them with a sanctuary. Spread over 3,000 square kilometres between Kharmang, Astore and Skardu, this park remains the only habitat for these wild mammals which has witnessed a steady increase in numbers of the otherwise fast receding population of brown bears. They have become victims of encroachments, tourism, and nomads.

“I know it won’t be an easy journey, I may end up with injuries, health issues but I have made up my mind for all kind of danger and threats I may face during trekking,” he said.

Away from his family friends, colleagues for two weeks he is expected to experience extreme weather events like thunderstorms accompanied with gusty winds heavy showers or intense heat waves and spent 15 nights over thorny scary mountain under the open sky.

“My plan is that I will do trekking for 15 to 18 hours every day and will take six hours break at night to sleep, my aim is to complete this journey in 15 days,” said Artaza. He fully believed that his passion, enthusiasm, motivation for this cause, and love for nature and animals will not stop him from accomplishing this task he has taken up.

“I am hoping that by doing something extreme as this 900km endurance trek, we can generate a buzz for people to become more sensitised to the perils of environmental degradation and loss of biodiversity.  The Himalayan brown bear is an iconic animal of Pakistan, and everyone should mobilise so that adequate measures are put in place to conserve its unique habitat in the Deosai Plateau,” he concluded.m