Dangers to secularism in India

Dangers to secularism in India

Assaud­din Owaisi has demand­ed that there should be reserv­ation for Muslim­s in the armed forces­
By Kuldip Nayar
Published: July 29, 2018
Tweet Email 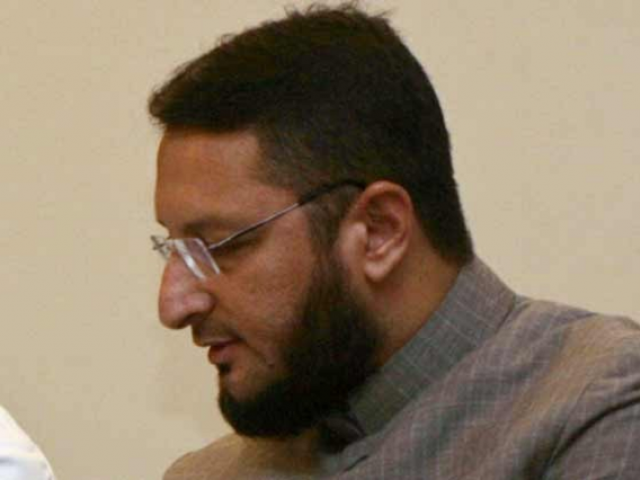 I recall after that independence, politician and diplomat Syed Shahabuddin articulated the Muslim point of view. He did not ask for separation but suggested self-rule for Muslims within the country. Nobody took him seriously, not even the Muslims because the partition had brought misery to both the communities.

Now Assauddin Owaisi, president of the All-India Majlis-e-Ittehadul Muslimeen, has demanded that there should be reservation for Muslims in the armed forces. Owaisi is quite right that the Muslims have come down in numbers in the Indian army. But that was inevitable because the division was on the basis of religion and the Muslim armed forces went to the Pakistani side.

Owaisi’s grievance is that despite the Prime Minister’s 15-Point Programme expressly stating that all efforts would be made to increase the share of the minorities in Central Government jobs, little was done about it. Owaisi pointed out the same thing at a public meeting recently and was rightly questioned by some groups on his linking of recruitment to paramilitary forces with religion.

However, Owaisi defended his statement, saying that “those people are totally ignorant, arrogant, and they do not read. I want to ask them: isn’t this issue related to the Prime Minister’s 15-point programme? Point number 10 of the 15-point programme clearly states about the recruitment to state and central services for Muslim communities.” Owaisi said as per the rules, even if 10 people were to be recruited, the selection committee must necessarily have members from the Dalit, ST and minorities communities. This was as per the memorandum issued by the Department of Personnel, he added.

Owaisi also pointed out that the Minister for Minority Affairs, Mukhtar Abbas Naqvi, had wrongly claimed that the percentage of minorities in government jobs had increased. “I had exposed the wrong claims of the government,” he said. According to the leader, “Muslim recruits in the CISF are mere 3.7 per cent. In CRPF, they are just 5.5 per cent and in Rapid Action Force are just 6.9 per cent.” He even challenged the Narendra Modi government to release the data of recruitment to all central government organisations.

The parliamentarian from Hyderabad also said the government should release data of recruitment to banks, the railways and other PSUs to reveal how many minorities have been recruited. “The BJP is not doing justice to minorities. I have all the right to question the government,” Owaisi said.

The Congress is the only party which is supporting the Muslim point of view. Prime Minister Modi recently accused publicly that the Congress was a party for Muslims over the alleged remarks by Congress president Rahul Gandhi who supported the continuance of practices like triple talaq during his speech in Azamgarh.

“For the last two days, I am hearing that a naamdar leader — a sarcastic reference to Rahul Gandhi — recently said that the Congress is a party of Muslims. I’m not surprised. Even former Prime Minister Manmohan Singh once said that Muslims have the first right over nation’s natural resources,” Modi recalled.

Former prime minister Manmohan Singh at the meeting of the National Development Council in 2006 had said, “We will have to devise innovative plans to ensure that minorities, particularly the Muslims, are empowered to share equitably in the fruits of development. They must have the first claim on resources.”

Modi, during his speech, also wondered whether the Congress was interested only in the welfare of Muslim men and not women. “I want to ask the naamdar of Congress, please tell that is his party only for Muslim men? Because they don’t stand with Muslim women on issues of triple talaq and nikah halala,” he added.

Whatever the case, Muslims do not feel involved in the affairs of government. Owaisi has rightly said that if the Muslims were to participate in the country’s development, India’s example would be followed in the rest of the world. He did not himself jettison the parochial point of view he espouses.

I have seen that most Muslims leaders are talking in terms of co-existence as if they were two nations. They should realise that there is only one nation, India, and religions come second. Not long ago, I went to address the Aligarh Muslims University and was surprised to find the students talking in terms of ummat, their community. The then vice-chancellor calmed the students down with the explanation that there was no contradiction in being a staunch Indian and a staunch Muslim.

My feeling is that we are all Indians first and Hindus, Muslims, Sikhs and Christians later. Even the constitution’s preamble has the word ‘secular’ to describe the nation’s ethos. Mrs Indira Gandhi, the then prime minister, is the one who included the word during the emergency. The Janata Party changed all other additions that Mrs Gandhi had made, but left the preamble as it is, without any amendment.

Indian Muslims are bearing more babies to take over India by 2030: BJP lawmaker

It is unfortunate that political parties are furrowing their lonely plough while keeping the shield of secularism. I have heard some voices demanding separate country. Parliament should take suo-motu notice of such demands and warn the nation that the people with such thinking are misusing the constitution which gives one person, one vote even though Hindus are 80 per cent in the country.

Owaisi may be doing all these to garner vote in the forthcoming elections. But he is sowing the seeds of hatred which should be nipped in the bud. I also find the RSS active when the government is conniving at their activities to support Hindutva. Leaders who would take a stand on secularism are silent. Silence and the voice of Owaisi seem very loud.