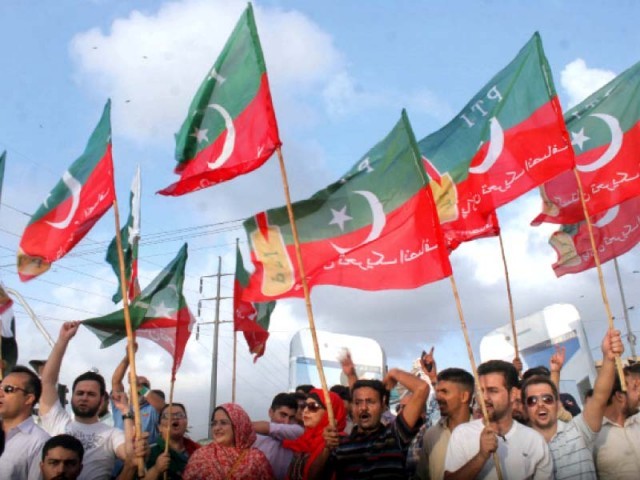 A case was registered against a Pakistan Tehrik-e-Insaf (PTI) worker in the tribal district of Mohmand on Saturday for threatening a security official with dire consequences.

The PTI worker was stopped from parking his motorcycle at a local mosque during Friday prayers by a Levy official due to security concerns, after which the political party worker threatened the official.

After a suicide attack at a mosque in Tehsil Ambar of Mohmand in 2016, which left 28 people dead and 30 others injured, the security forces and administration of the then tribal district adopted a standard operating procedure to not allow anyone to park their vehicles in or near mosques during Friday prayers.

Man creates his own elections to vote 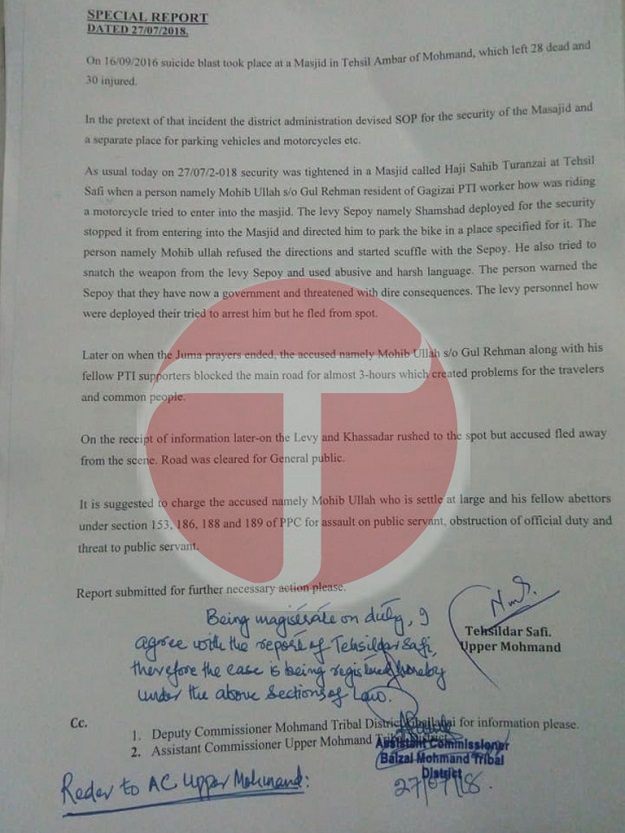 In its report, the political administration noted that Mohibullah, a PTI worker tried to enter the mosque of Haji Sahid Turangzai in Safi Tehsil, one of the most volatile areas in the district. He was stopped by a Levy official and was asked to park his vehicle in the designated parking space.

The worker then reportedly tried to snatch the weapon of the Levy official, used abusive language and “warned him of dire consequences because they now have a government”, the official report added.

Later after Friday prayers, Mohibullah along with other party workers blocked the road causing problems for commuters. When security personnel reached the area, the accused managed to flee.

The Assistant Commissioner, who is also the magistrate under the Interim Governance Regulation registered a case under section 153, 186, 188 and 189 of the Pakistan Penal Code (PPC).

The Deputy Commissioner Wasif Saeed confirmed the developments and said his administration was under no political pressure and will continue in accordance to law.

“Keeping in view the history of PTI governance in K-P and the priority they have given to the rule of law, we initiated the process for the arrest of the accused immediately,” an official from Mohmand told The Express Tribune.