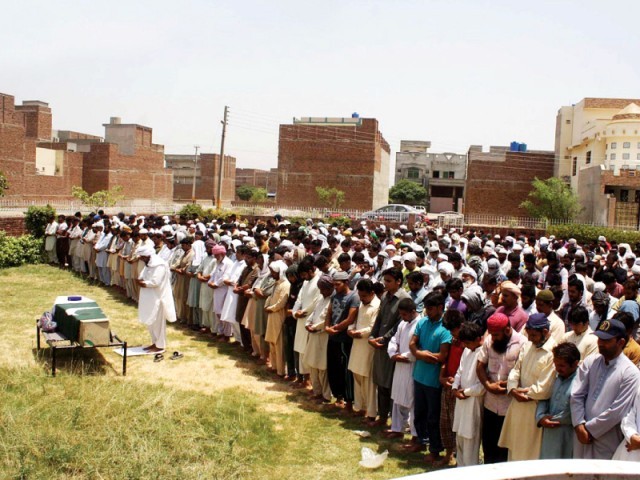 RAWALPINDI: Funeral prayers for Constable Jameel, who was shot dead by criminals in the jurisdiction of Pirwadhai police station, were offered on Friday at Police lines. The suspects responsible were identified as Amjad Khan, Pirwadhai and two other unknown assailants.

Rawalpindi Commissioner  Saif Anjum, RPO Muhammad Fayyaz,  CPO Abbas Ahsan and other senior officials attended the prayers along with other colleagues. The friends and family members of the deceased cop were also present at the funeral.

A contingent of policemen on the occasion laid a floral wreath on the coffin and presented a special salute to their martyred colleague who was deputed at Pirwadhai police station. The officers, condoling with the bereaved family, paid tribute to the cops who had laid their lives for the safety of citizens and in the line of duty.