Govt likely to set aside Rs19b for nuclear power projects

Govt likely to set aside Rs19b for nuclear power projects 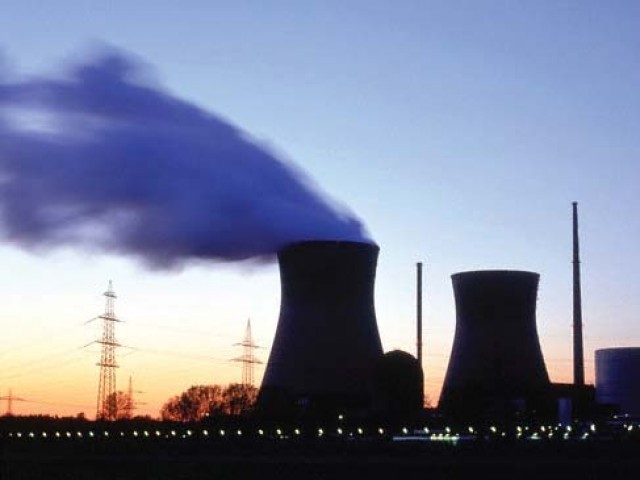 The Chashma Plant-2 has been completed with Chinese assistance at a cost of Rs51.04 billion but has been inoperational for few days due to a technical fault. PHOTO: FILE

The government is expected to earmark Rs19 billion for nuclear power plants in the upcoming budget for 2011-12 in a bid to enhance power generation to address energy shortages, sources say.

The Chashma Plant-2 has been completed with Chinese assistance but has not been working for some days due to technical fault. Its total cost is Rs51.04 billion including foreign loans of Rs20.4 billion.

Expenditures on the project are expected to reach Rs49.4 billion by the end of June and a further Rs2.55 billion may be allocated in the next financial year, sources said.

The government is working on two other power plants – Chashma-3 and 4 – each having capacity of 300 megawatts and an inter-governmental agreement has already been signed between Pakistan and China. Total cost of the projects has been estimated at Rs189.9 billion with foreign loan component of Rs135.9 billion.

The government has projected expenditures on the two power plants to reach Rs29.2 billion by the end of June and next year spending is expected to be Rs15.49 billion, according to sources.

The government has planned to launch a new project for conducting a joint feasibility and design study for a 1,000-megawatt nuclear power plant in Karachi, costing an estimated Rs1.13 billion. Of this amount, Rs920 million is expected to be set aside in the next financial year.

PAEC is already working on hiring a project team for site development and installation of 300 and 1000-megawatt nuclear power plants in Karachi at a cost of Rs363.5 million. Expense on the project is expected to reach Rs94.15 million by June-end and the proposed amount for next year stands at Rs50 million.

Protest by K-P lawmakers pays off

Earlier, the federal government had suspended work on the project located in Karak, Khyber-Pakhtunkhwa, sparking a strong reaction from K-P lawmakers in the provincial assembly. Lawmakers alleged that the government stopped the project due to diversion of funds to Punjab. The project, started in 2009-10, came under the Public Sector Development Programme (PSDP).

The government may also set aside Rs158.4 million next year for exploration of uranium in Bannu Basin and Kohat Plateau. Total cost of the project is Rs498.96 million and expenditures are expected to reach Rs158.4 million by June-end.

Under the project launched in 2005, PAEC has restricted exploration activities to safer areas due to poor law and order situation. PC-II of the first phase of the project was approved for five years (2005-10) at a cost of Rs498.96 million.

PAEC has failed to achieve physical and financial targets of the project due to non-release of funds and bad law and order situation, therefore one-year extension in implementation of the project has been given till June.