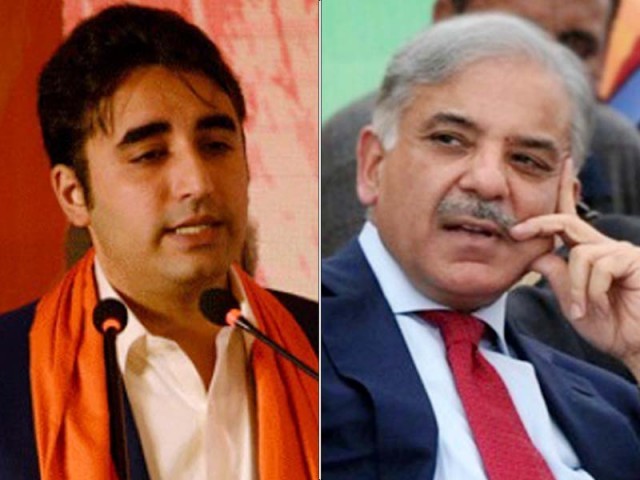 ISLAMABAD: A post-election crisis looms large over the country’s horizon as most mainstream political parties – apart from the PTI which is celebrating its successes in the general election – are synchronized in accusing authorities concerned of “systematic manipulation” of poll results.

Speaking at a press conference, PML-N’s president Shehbaz Sharif cited complaints of irregularities from across the country. He pointed out that other political parties too had raised similar objections.

He said that official results of all constituencies in Lahore had been held up while results of far-flung town and cities in Punjab had been announced.

The ECP, he said, had stopped issuing ‘Form 45’ to PML-N polling agents, adding that they had all been evicted from polling stations before the counting process was initiated.

“This clearly amounts to rigging. People’s mandate has been defiled … This is intolerable. Election laws are being blatantly violated all over the country,” he said, adding that this situation had forced him to reject the outcome of the 2018 general elections.

According to Sharif, the democratic process in the country had been pushed back by almost three decades.

He said that he had convened the meeting of the PML-N’s Central Executive Committee on Thursday (today) to discuss the emerging situation.

“PML-N will get in touch with all political parties who faced similar treatment on the poll day in a bid to chalk out a common strategy,” he announced.

The rigging, he said, had occurred on such a massive scale that it was unprecedented in his entire political career.

“We cannot abandon such an important matter. This is not just about winning seats or forming the government … It all affects the country’s well-being and the mandate of the people of Pakistan that has been trampled,” he asserted.

Almost three hours after the polling ended, leaders of the Muttahida Qaumi Movement-Pakistan (MQM-P) took the lead in raising its voice against what they termed “forcible expulsion” of its polling agents during the process of vote counting.

They also complained that their representatives had not been provided certified copies of ‘Form 45’.

Former federal information minister Marriyum Aurangzeb also spoke at a press conference and alleged that PML-N’s polling agents were being evicted from polling stations wherever PML-N candidates were held a clear lead.

“PML-N’s (polling) agents are being denied entry to polling stations during the final vote count. Behind closed doors, ‘Form 45’ are being altered in an attempt to rig results,” Aurangzeb maintained.

Polling staff, she said, was being forcibly kept out from taking part in the process of the final vote count.

“PML-N’s mandate has been stolen in several constituencies across the country,” she concluded.

Raza Rabbani said some elements were trying to make elections controversial through undemocratic means to create an atmosphere of political confrontation in the country.

Several PPP candidates, Rabbani said, had complained about irregularities during the vote count while results from PPP strongholds were being withheld all over the country.

“(Resorting to) such tactics will have grave repercussions,” he said, adding the ECP should take notice of such widespread complaints.

Complaining that results for several constituencies had been withheld without any valid reason, Senator Sherry Rehman said that all but one mainstream national parties were being pushed against the proverbial wall.

Meanwhile, Senator Mustafa Nawaz Khokhar, spokesperson for PPP Chairman Bilawal Bhutto-Zardari, alleged that Bilawal’s chief polling agent in Lyari had gone ‘missing’ and no one knew about his whereabouts.

ECP, he said, had been playing the role of a silent spectator on the unprecedented rigging.

MQM-P’s Syed Ali Raza Abidi, who was contesting on NA-243, said that he had not received any certified result (Form 45) until 10pm from any polling station but this did not keep the media from announcing the ‘winners’.

Chief of TLP Khadim Rizvi said that the 2018 general election was the most rigged election in the country’s history. He said that his party was consulting within its ranks and would soon make a decision in this regard.

MMA leader Shamsur Rehman Swati said that the ECP had failed in conducting transparent elections. He said presiding officers were refusing to hand over certified results to polling agents of the alliance.