Scale of the Israel­i crimes in Palest­ine can be judged merely by the number of Palest­inians killed and displa­ced
By Imran Jan
Published: July 26, 2018
Tweet Email 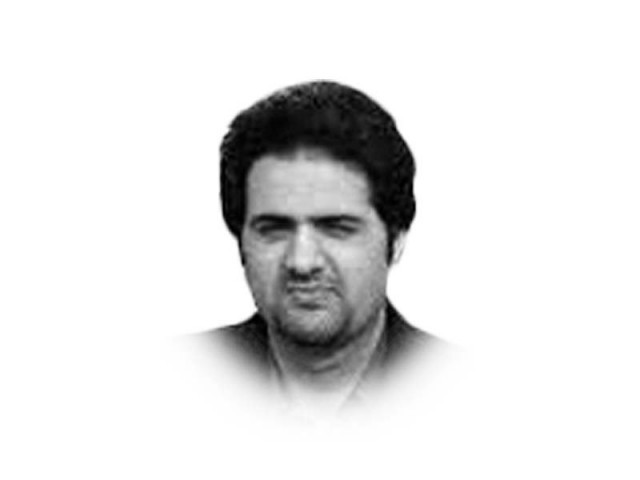 In January 2015, the International Criminal Court (ICC) Chief Prosecutor, Fatou Bensouda, opened a preliminary examination into the “situation in Palestine” after the “State of Palestine” signed the Rome Statute, thereby formally accepting the court’s jurisdiction over its territory. Two months ago, Palestine submitted to the court a so-called state referral, which basically requests the prosecutor to investigate “past, ongoing and future crimes within the court’s jurisdiction, committed in all parts of the territory of the State of Palestine”, which it defined as the West Bank, East Jerusalem and Gaza.

In December 2017, State Parties to the Rome Statute activated the court’s jurisdiction over the crime of aggression effective from July 17, 2018, which also marked the 20th anniversary of the Rome Statute, the treaty that established the ICC. In an almost-ignored press release, the three member judges of the pretrial chamber dealing with the Palestinian complaints of alleged Israeli war crimes ordered the court’s registry “to establish, as soon as practicable, a system of public information and outreach activities for the benefit of the victims and affected communities in the situation in Palestine.”

Nevertheless, the chief prosecutor has yet to decide whether to move from preliminary examination to a full-fledged investigation, which could mean a trial. That depends on many factors, including whether Palestine is indeed considered a state and whether the alleged Israeli crimes fulfil the court’s gravity requirement contained in article 17 (1)(d) of the Rome Statute? Palestine has been recognised by 137 out of 193 countries. The gravity requirement states that a case is inadmissible in the court if it “is not of sufficient gravity to justify further action by the Court.” The court commonly uses four factors in making gravity determination: “the scale, nature, manner of commission of the crimes, and their impact.”

The scale of the Israeli crimes in Palestine can be judged merely by the number of Palestinians killed and displaced. The nature of the crimes is nothing short of murder calculated to bring about Palestinians’ physical destruction, slow-paced genocide and deliberate infliction. The manner of the crimes includes phoning and texting the Palestinians informing them of the incoming bomb, a promise never kept. As for the impact factor, Israel has murdered and misplaced generations of Palestinians. Apart from India-held Kashmir, it is the only land where people live in an open air prison under a military occupation. The court cannot rely on the Israeli courts to prosecute their own criminals otherwise Netanyahu would have been facing charges of genocide instead of the corruption charges he is now facing.

Jerusalem, which Israel has arbitrarily declared its capital, unsurprisingly argues that the ICC has no jurisdiction over matters related to Israel-Palestine conflict since Israel is not a member state and because Palestine is not a state, the ICC cannot have jurisdiction over West Bank.

The US has militarily and politically supported Israeli aggression in Palestine. Every time the UN passed resolutions condemning the Israeli atrocities in Palestinian territory, the US always vetoed such resolutions. Bensouda would have to drag the US leaders into this. They are equally if not more complicit in Israeli aggression. While Bensouda’s effort is rare and commendable, she must realise that there is a US law called American Service-Members’ Protection Act (ASPA), which basically states that the US would even invade The Hague (which is where the court is located) if Americans or personnel of an ally country are brought to trial at the ICC. It has been nicknamed the “Hague invasion act”. Either the ICC would be in Palestine or the US forces in The Hague. Make a guess.