Spokes­person says no media house to run these speech­es on air as they violat­e fundam­ental ECP rules
By Our Correspondent
Published: July 25, 2018
Tweet Email 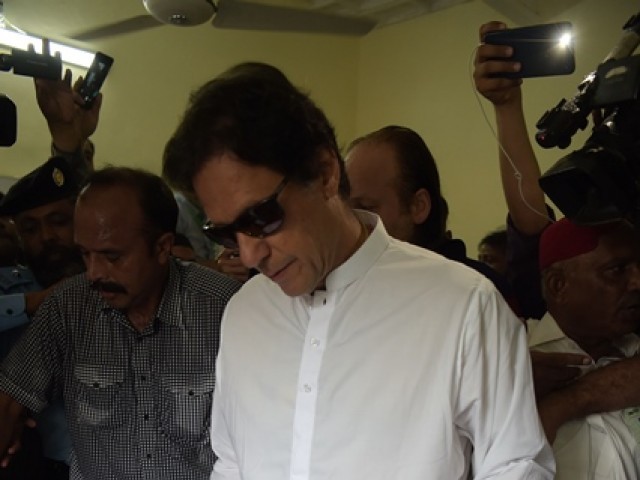 The Election Commission of Pakistan on Wednesday taking strict notice of politicians delivering speeches after casting votes in the countrywide general polls, and issued a notice to Imran Khan for his post-vote speech.

Spokesperson for the ECP Nadeem Qasim told The Express Tribune that actions may be taken against politicians who delivered speeches and those who voted on-camera with their every move being monitored. Qasim said that the vote might not be endangered, but the voter may face consequences as per the ECP’s law.

Qasim also added that no media house were to run these speeches on air as they violate fundamental ECP rules.

Last week, a crowd of young Pakistanis, many armed with smartphones, surround the politician’s car and begin streaming live footage of something extraordinary: angry voters asking their elected representatives what they have done for them lately.

46 million people below the age of 35 are registered to vote in nationwide elections on July 25 – many of them savvy social media users who are posting videos calling out the powerful.

In one clip, influential politician, landowner and tribal chief Sikandar Hayat Khan Bosan is filmed in his car in the central city of Multan surrounded by young men chanting ‘thief’ and ‘turncoat’.

“Where were you during the last five years?” they ask Bosan, complaining over the poor state of roads in the area. An aide can be heard pleading that the leader is feeling unwell.