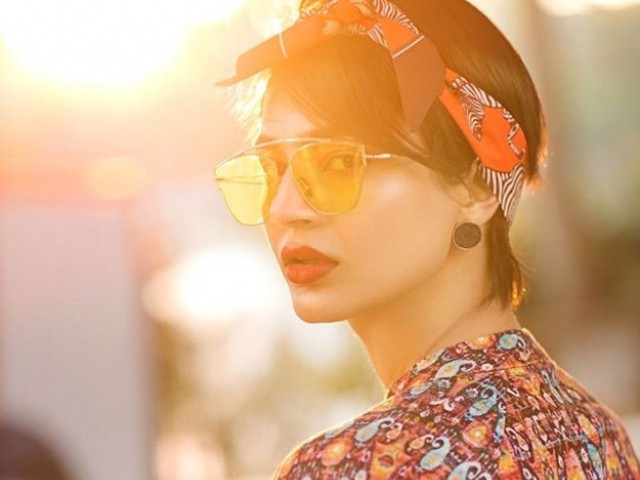 ISLAMABAD: Model-turned-actor Saheefa Jabbar Khattak has completely shut the industry down with her constant doses of unconventional and unique enigma. From carrying the pixie-cut hairstyle with panache to bagging ‘Best Emerging Talent’ trophies at the Lux Style and Hum Awards, she oozes strength in her fashion and acting assignments alike. As well as proving her mettle as a performer in both her serials; the romantic love-triangle, Teri Meri Kahaani alongside Azfar Rehman and Saboor Aly and the currently under-production, Beti opposite Fahad Mirza that highlights female infanticide.

Having stumbled upon modelling at her university in Lahore, Khattak walked the runway and was approached by a mutual friend for a shoot with then-budding designer Hamza Bokhari. However, her most memorable shoot remains with ace photographer Abdullah Haris for 9Lines, which became her first ever magazine cover. Evidently, there has been no looking back since. Talking to The Express Tribune, Khattak recalled her journey in the entertainment industry. 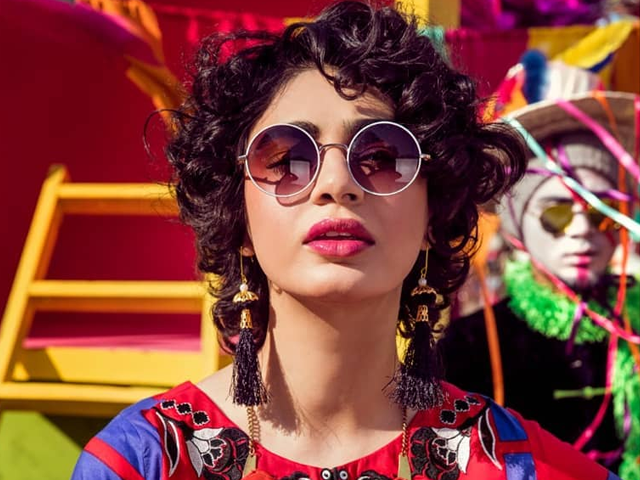 “I left my university three years ago to explore myself and follow my dreams. I wanted to figure out how things go for me on my own. I never had a godfather, no one in my family was in the industry and I didn’t have any contacts,” she chuckles. “But somehow, one thing led to another. Thankfully, I didn’t have to face any struggles either. I met good people and there was no turning back after that.”

The acceptance and recognition as a model kept Khattak rooted and she refuses to quit it for acting. “I think balancing acting and modelling is undoubtedly the most difficult task out there. Acting is an ongoing process and once you’ve taken something up, you can’t escape it for a good three to four months,” she adds. “You have no life after you start acting. I feel no actor should be married; it becomes very hard on you. There’s no privacy and anything can be sensationalised. But I think when people start getting to know you, there’s love pouring in and they look forward to what you’re doing next. It’s like addiction and there’s this adrenaline rush to it. In the end, it’s all worth it.” 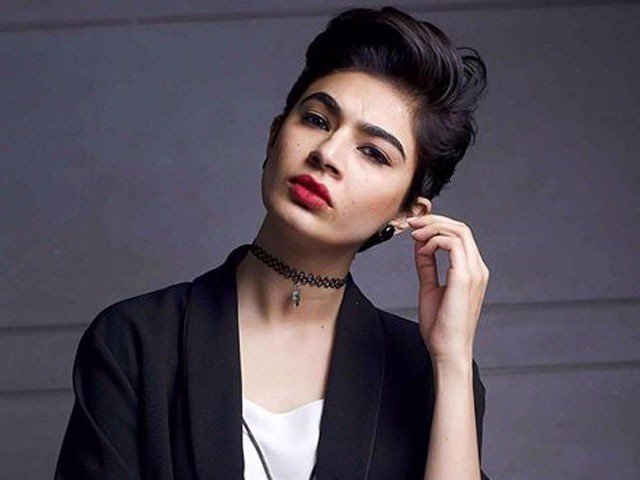 Always known to be outspoken, Khattak admits to being misunderstood by the fraternity during her initial days. “What people expect from models is very different. I was very vocal about my opinions and a lot of senior models didn’t like that. They thought I was an attention-seeker but with time that they got to understand me,” she maintains. “My colleagues like Cybil (Chowdhry), Mehreen (Syed) and Nooray (Bhatti) eventually accepted me with open arms. I remember how they supported me when the whole controversy about me cutting my hair short began.” Khattak mentioned that she was judged for a lot of things when she first started off. “I had a lot of baby fat on me, I didn’t know how to walk and I was judged all the time.”

And in her pursuit of being frank, Khattak hosts thousands of inspired Instagram followers to an intellectually forward and eloquent handle. More often than not, her captions have been candid, raw and incredibly relatable. Hailing from a small town and settling into the Walled City, Khattak confesses to have always had the aspiration to evolve as a person. “I just don’t want to live an ordinary life. I don’t want to die an ordinary death; I really want to become somebody in life. My goals are very high, I’m inspired by the likes of Nelson Mandela and when I die, I want people to remember me and what I’ve said beyond being just some actor,” she says. 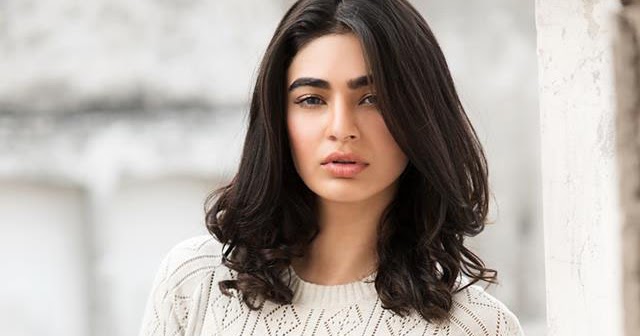 Although she’s adamant about social media being a temporary trend, what makes her use it as a rostrum? “I’m asked why be vocal, but why not? About 70,000 people look up to me, they want to hear me and if I can influence this huge number of people and teach them something good, why not?” she questions. “It’s not that I’m reading up on something or thinking about it, or I’ve heard someone talk about it when I put up a post. I can’t randomly put something up. And I’m not very regular at it either. It sometimes takes me weeks to post something on Instagram but if there’s an incident that’s happened to me and I’ve experienced it myself, I talk about it.”

Amidst the hoopla that surrounded Khattak’s sense of style and persona, she decided to tie the knot with long-time fiancé Khawaja Khizer earlier this year. “You know considering this local concept that a marriage is not between two people but families too, it’s very important that your immediate inlaws love you and accept you the way you are,”she notes. “I was lucky enough because after I got married, all my achievements have been because of Khizer. In my case, I did what I did because of his support.” 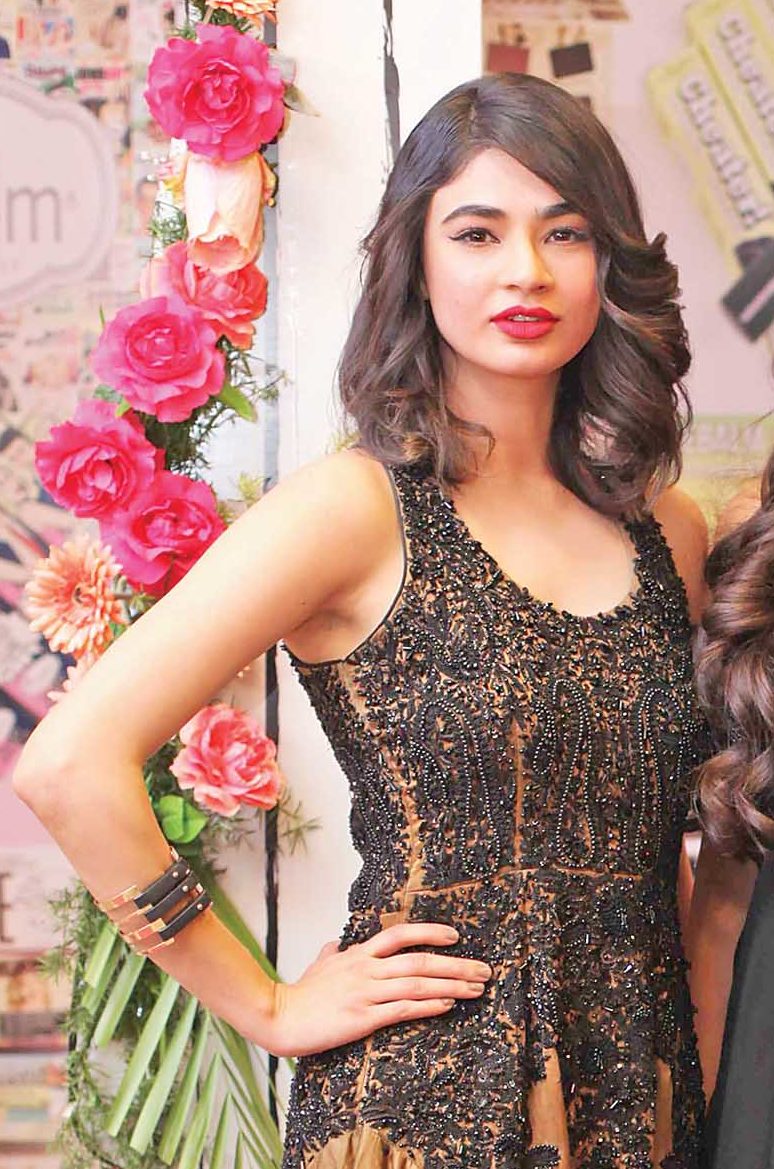 She continues, “I didn’t tell anyone but in those years I did my major campaigns, I travelled internationally for shoots, I won two awards and I think all of that are proof that work doesn’t stop after you get married.” Speaking about the lowest phase in her career, she shares, “When my hair was cut, I was very down. I resigned from my contracts because the industry didn’t accept me that way. I didn’t get work for a couple of months and during that time, Khizer was with me. Without him, surviving would’ve been difficult.”

Beneath her fierce photoshoots and strong sense of individuality lies vulnerability. Not too long ago, the starlet opened up about her battle with depression on Instagram, claiming to have been suicidal. “I was undergoing depression before and I still am after marriage. My mother was very worried because to her, I had achieved a lot in life, I was earning and I had found the right man. But, I still wasn’t able to figure out why I was depressed,” Khattak mentions. “Out of nowhere, I did not want to talk to anyone or work or eat and I felt dead from the inside. But I had to overcome it and be strong for my parents, my husband, my brother and two best friends.” 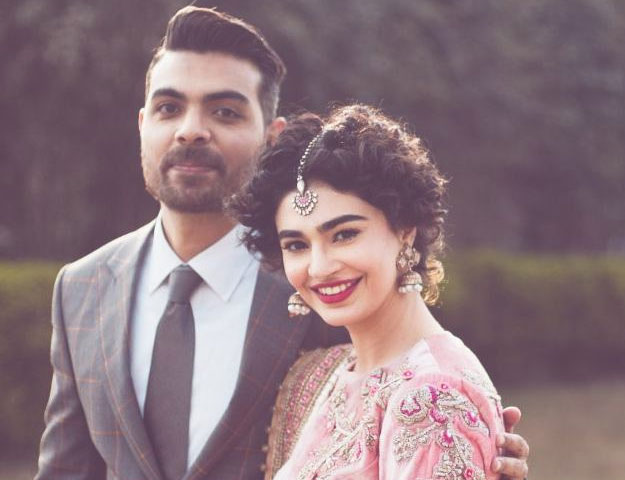 Khattak feels it’s more important to make memories instead of chasing peace. “There are times when you’re uncertain and there’s something at the back of your head. I’ve just accepted that you can’t get everything in life. We run so much but that’s where we falter. We need to stop running to find peace. We need to make good memories and feel the air. Its high time we enjoy our lives the way they are and spread love.”

Breaking Through 2018’ is a series of interviews with promising female artists to keep an eye out for.