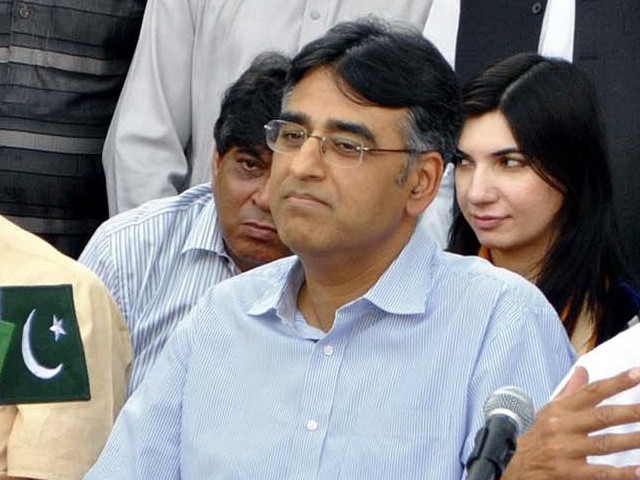 ISLAMABAD .: After a recent firing incident near one of his election offices, senior Pakistan Tehreek-e-Insaf (PTI) leader Asad Umar has demanded of the Election Commission of Pakistan (ECP) to declare as ‘highly sensitive’ some 13 polling stations in NA-54.

An official request regarding this has also been made through a written letter by Umar to Islamabad’s District Returning Officer.

According to the ECP, out of 786 polling stations of the federal capital, 26 have been declared highly sensitive, 87 sensitive and 673 normal while there would maximum security across the capital as three national assemblies are being contested from here.

However, the PTI leader has requested the top election body to declare another 13 polling stations falling in areas of Mera Sumbal Jaffer, Badhana Kalan, Tarnol, Shah Allah Ditta, Golra and Sanjgani, all these areas are located in rural areas of Islamabad. In his letter, Umar has mentioned the incident of firing near one of his election offices and corner meeting.

PTI joins hands with cleric on US terror list