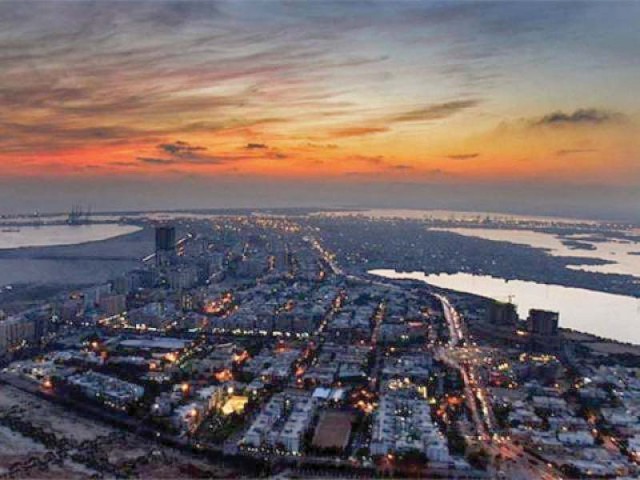 KARACHI: The size of Pakistan’s economy stood at $313.13 billion at the end of June, 2018, according to provisional figures released on Thursday by the country’s central bank, as a weaker currency took toll on gross domestic product (GDP) in dollar terms.

Pakistan’s GDP stood at $304.97 billion at the end of June, 2017, and the economy registered a 13-year high GDP growth rate of 5.8% in FY18. That said, the size of the economy shrunk in dollar terms as the rupee weakened against the greenback in four separate rounds since December 2017, with a 5.8% growth rate effectively reduced to 2.7%.

The State Bank of Pakistan (SBP) used a period average month-to-month exchange rate to calculate the GDP, which according to calculations came to around Rs108 to the US dollar.  With the rupee having weakened further, the size of the economy is likely to have shrunk even more in dollar terms. The currency is currently hovering around the Rs128-mark as depleting foreign exchange reserves and a widening current account deficit create a headache for economic managers that are at a loss to save the country from a balance of payments crisis.

The SBP has already increased the key interest rate by 175 basis points since January, taking it to 7.5% to tackle increasing inflationary pressure in the months to come.

Additionally, the 5.8% growth registered during FY18 is also not enough for a developing economy like Pakistan to absorb the number of job seekers that pile up each year. According to experts and global financial institutions, Pakistan needs at least 7% growth to create enough jobs and tame rising unemployment. However, the country is likely to face a slowdown in growth during the ongoing fiscal year as tighter policies to improve macroeconomic stability have a negative impact.

Ratings agencies, Moody’s and Fitch, have already lowered their forecast for Pakistan’s GDP growth, while the World Bank has also suggested that it will slow down to near 5% in FY18.

According to additional figures released by the SBP, Pakistan’s current account deficit stood at $17.99 billion in FY18, translating to 5.7% of GDP and more than twice than the government’s own estimates.