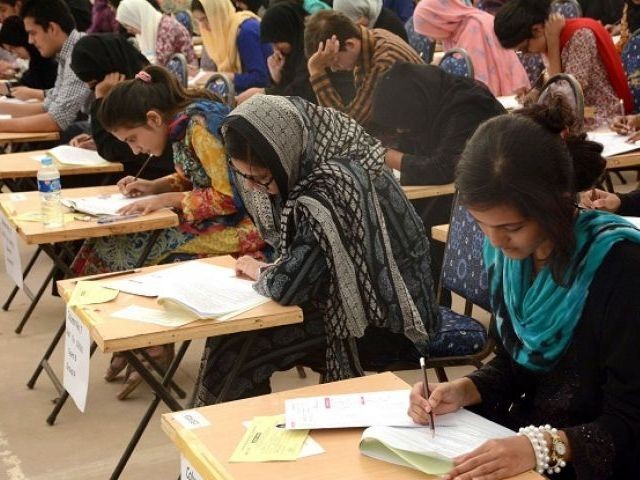 PESHAWAR: Over the past five years, the PTI-led government had claimed to have made education its top focus, including higher education and boasted how it had established nine universities in the province during their tenure.

Records of the Higher Education Commission (HEC), however, show that only four varsities were registered in Khyber-Pakhtunkhwa over the past five years.

The Pakistan Tehreek-e-Insaf (PTI), has repeated ad nauseam that over the five years they were in power, they undertook record works in the education sector at the elementary and secondary education providing basic facilities in schools, hiring more than 50,000 teachers on merit and bring about a change in the antiquated schooling system.

Talking to The Express Tribune, a senior K-P Higher Education Department official, who did wish to be named, shared that until 2002, there were just eight public sector universities in the province.

During the tenures of the Muttahida Majlis-e-Amal (MMA) and then the Awami National Party (ANP) in the subsequent 10 years, 11 universities were set up.

This means that only four universities were set up during the tenure of PTI.

The official shared that University of Buner and University of Chitral were originally campuses of the Abdul Wali Khan University in Mardan which had been handed the status of a university by the government but was not recognised by the HEC.

It was a similar story with UET Mardan which was originally a campus for UET Peshawar.

Of the other universities which the PTI claims to have built, the agricultural varsity in Dera Ismail Khan and UET Lakki Marwat, the HEC has yet to register them as separate varsities.