But what are their motive­s and who are their paymas­ters?
By Zamir Akram
Published: July 20, 2018
Tweet Email 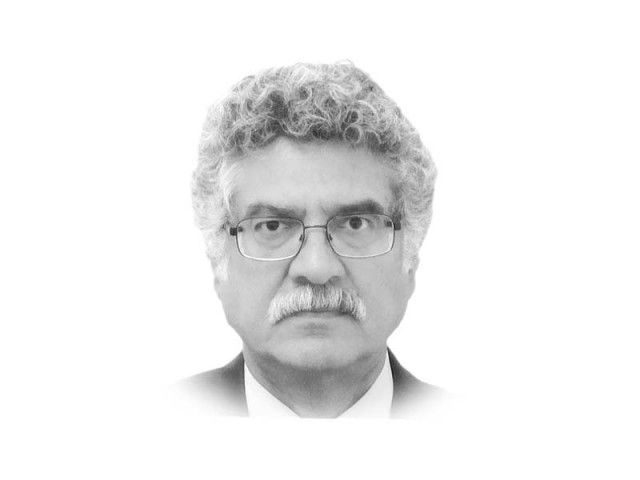 The writer is a former Ambassador of Pakistan. The views expressed here are his own

Within a week, three terrorist attacks targeting political leaders in Khyber-Pakhtunkhwa (K-P) and Balochistan have killed over 150 people and injured several hundred others in the build-up to the 2018 elections. The Tehreek-e-Taliban Pakistan (TTP) and the Islamic State (IS) group have claimed the responsibility for these attacks. But what are their motives and who are their paymasters? Answers to these questions are elementary. The obvious reason is to disrupt the coming elections and sow dissension within Pakistan. The TTP and the IS operate from Afghan sanctuaries and at least the TTP receives Indian and Afghan support with the tacit approval of the Americans while the IS, with operational links to the TTP, also benefits from this Indo-Afghan-American collaboration. Indeed Russia and Iran have accused the US of failing to act against the IS. Therefore, behind the terrorist attacks in Pakistan are the more sinister designs of an Indo-American-Afghan axis that is promoting the destabilisation of the country. The 2018 elections that have aggravated our internal differences provide the ideal opportunity to do so. States never declare their intentions to subvert and destabilise other states, but their actions speak louder than their words. That India promoted secessionist elements in erstwhile East Pakistan during and after the 1970 elections leading to the Bangladesh war is now a fact, acknowledged even by Indian Prime Minister Modi. Recently, India’s National Security Adviser, Ajit Doval, has stated on record that Indian intelligence is supporting the TTP and Baloch insurgents as well as terrorism in Karachi. Indian spy Kulbhushan Jadhav has also acknowledged as much. India had also interfered in Sri Lanka by supporting the separatist LTTE in the 1980s and even now continues to “engineer” politics in that country, as also in Bangladesh and Nepal. Indian occupation of Sikkim on spurious grounds is a forgotten but another telling example of Indian interference.

The American record of promoting regime change was acknowledged to Bloomberg News recently by a former US Intelligence chief, James Clapper: that “the US has interfered in over 80 countries ‘in the best interests of the people of those countries”. Iraq, Libya and Syria are the most recent examples of this interference. Earlier, the US toppled the governments of prime minister Mosaddegh of Iran in 1953 and president Allende of Chile in 1973. The CIA is also believed to be behind the killing of Patrice Lumumba, the independence leader of Congo, in 1960 and even UN Secretary General Dag Hammarskjold whose plane crashed in mysterious circumstances in 1961 while trying to resolve the Congo crisis. Several other instances include assassination attempts against president Castro of Cuba, including the notorious Bay of Pigs incident, as well as the Contra scandal that sought to depose president Ortega of Nicaragua in the 1980s. Indeed, the US has a long history of bringing regime change in countries in Latin America, Africa, the Middle East and Southeast Asia, which are too numerous to be recounted here.

With such a history, the Indo-American assault on Pakistan, while not surprising, is extremely deadly. Their motives are driven by the convergence of their interests in the multi-polar world, where Pakistan’s policies are seen to be at variance from their joint strategic interests, especially in South Asia. The Indo-US partnership to contain China is constrained by Pakistan’s historical relationship with China which has grown further with CPEC as part of China’s OBOR project. Moreover, unlike other South Asian states, Pakistan is strong enough to reject Indian hegemony which undermines India’s regional role that America supports to contain China. Even worse from Washington’s perspective is the fact that Pakistan is the only Muslim country with nuclear weapons, ensuring credible deterrence against India. Hence the need to try and weaken Pakistan from within by sowing and manipulating dissensions between Pakistani institutions and its people, especially between the civilian and military leaderships. Weak and venal leaders are seen as the best instruments to pursue their objectives. Elements of externally funded NGOs, media and civil society groups are also being mobilised towards this end.

Not surprisingly, therefore, the Indo-American orchestrated narrative, especially over the recent past, has amplified the alleged civil-military divide in Pakistan, over both external and internal issues. It is claimed that efforts by civilian leaders to improve relations with India or Afghanistan have been derailed by the military, however, on the root causes of the differences with these countries, the civilian and military leaderships are on the same page. Internally as well, there is no divergence over democracy, the electoral process or even over the rule of law. In spite of this, the negative narrative alleges without credible evidence manipulation of the electoral process, muzzling of the media and pressuring the civil society.

Unfortunately, however, there are elements within Pakistan that take a selfish or naïve view of the inimical external forces at play. Instead of repeatedly relying on external “supporters”, Pakistani leaders must draw strength from the mandate of their own people. Democracy does not end but starts with elections. It requires nurturing through good governance, rule of law and separation of powers. It does not provide a licence to loot and plunder nor does it place the elected above the law. Everyone, whether civilian or military, must be accountable.

As we prepare to vote on July 25th, we need to wake up to the real dangers confronting Pakistan instead of plunging even deeper into discord. Genuine differences that do exist need to be resolved internally through dialogue and cooperation – not resorting to external support which always comes with malafide intentions.