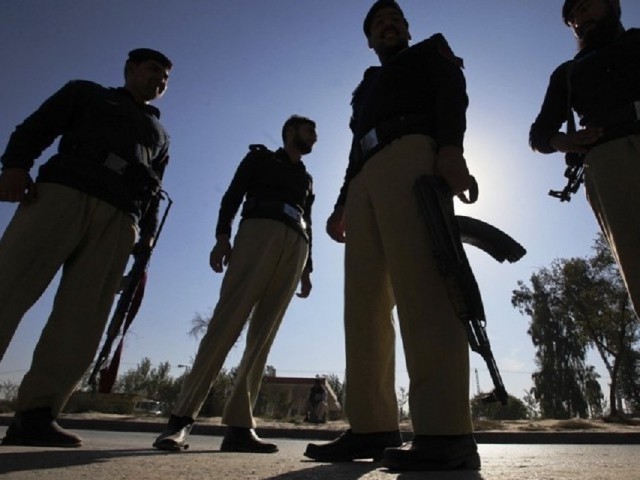 LAHORE: In the wake of threats to election candidates and their campaigns after the Peshawar and Mastung blasts, the Lahore Police has devised a comprehensive security plan for General Elections 2018.

According to the plan, at least 35,000 police officials and 16,000 volunteers would be deployed for security on Election Day.

There are over 3,850 polling stations in Lahore and at least 700 of these have been declared sensitive. At least four police officials and as many volunteers will be deployed for the security of polling stations falling into Category A.

Police will also cordon off areas surrounding polling station as per the Code of Conduct announced by the Election of Pakistan (ECP). The force will use barricades, barbed wires and tents for this purpose.

Law enforcement agencies will also make use of CCTV Cameras installed by the Punjab Safe City Authority (PSCA) in different parts of the provincial capital to maximise monitoring and surveillance.

Meanwhile, senior police officers will be constantly monitoring the security arrangements while either on patrol or through control rooms.

In addition to the police, the Pakistan Army and Rangers will also be deployed and take on the responsible of providing security inside of the polling stations.

As far as providing security to corner meetings, rallies and gatherings was concerned, police asked candidates to inform law enforcement of any activity two days in advance. The aim was to ensure that security would be available at the given time.

DIG Operations Shahzad Akbar said that police were providing foolproof security to participants of meetings and rallies ahead of elections. He said that besides ensuring security arrangements and maintaining the law and order situation, they were also taking steps to implement the ECP Code of Conduct for polls.

During the last 20 days, police had registered a total of 146 cases against violations of the Code of Conduct, display of arms and illegal weapons, aerial firing, fireworks and loud sound systems etc, he said.

He said that the purpose of all these actions was to ensure a conducive environment for elections.

As far traffic managements on Election Day were concerned, Chief Traffic Police Office Liaqat Ali Malik said all wardens of the City Traffic Police Lahore (CTPL), numbering over 3,000, would be deployed to maintain the smooth  flow of traffic. He added that he would also join the wardens on duty.

The traffic police have devised a plan according to the activity and traffic congestion on the day. According to the plan, there will be an additional force for areas with increased election activity. Similarly, they will also identify time slots when rush on the roads tends to multiply. The CTPO noted that most of the congestion is witnessed in the evening when election results are announced.

Around that time, wardens will be asked to establish diversions to maintain flow of traffic. In addition, reserves of wardens will remain be on standby and reach the spot if the need arises.