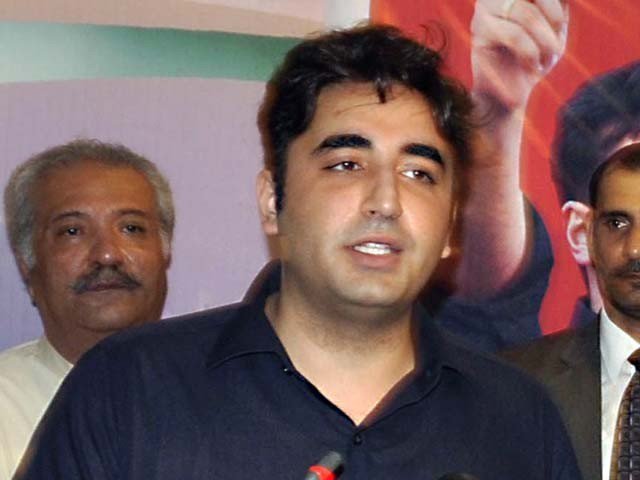 While addressing the media in Lalamusa on Wednesday, the PPP chairperson said politics based on verbal abuses and blaming will harm the public.

“PPP will fight against the ideological crisis in Punjabi politics,” said Bilawal and added that PTI’s manifesto and that of the PML-N is the same.

“Our journey is not limited to the elections and that’s why PPP’s manifesto is different than other parties. We will follow Benazir Bhutto’s philosophy,” Bilawal said and claimed the PTI leader was afraid of free and fair elections.

Attempts to derail Bilawal’s politics will be unsuccessful: Zardari

Before concluding his address, the PPP chief said the people of Pakistan can vote for whoever they want and alleged that a puppet alliance is being formed.

“PPP has always fought conspiracies in the past and will do so in the future,” he said.