Power for off-grid areas: Solar mini-grids set up in two districts of K-P

Power for off-grid areas: Solar mini-grids set up in two districts of K-P

Swabi, Karak projec­ts part of the first phase of a German­y-backed projec­t
By Our Correspondent
Published: July 18, 2018
Tweet Email 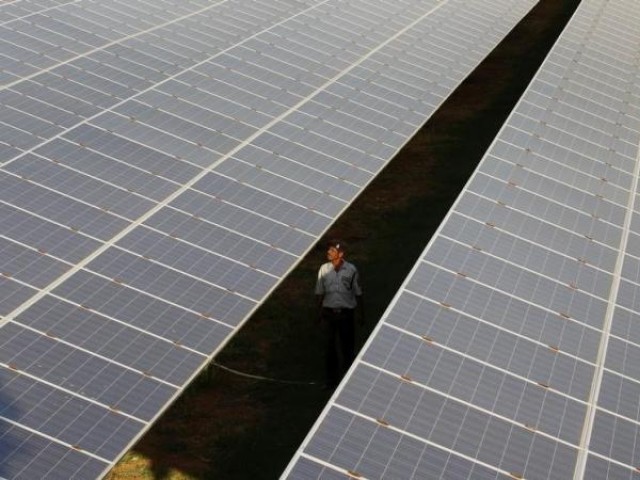 ISLAMABAD: To solve the power crisis, a German development bank along with a poverty alleviation fund have set up modern solar-powered mini power grids in two districts of the province.

The KfW Development Bank and the Pakistan Poverty Alleviation Fund (PPAF) set up the power projects in Swabi and Karak districts of Khyber-Pakhtunkhwa (K-P).

PPAF has been working on hydropower and renewable energy (HRE) projects in K-P with financial support from the German government through the German Development Bank (KfW).

The mini-grid solar systems, implemented in small villages of Swabi and Karak, can produce 196 kilowatts (kW) and 185kW respectively.

Together, they help provide electricity from indigenous and clean sources to about 434 households.

The project follows a similar project in Lakki Marwat where 24 solar mini-grid systems, with a total capacity of 119kW, were installed in off-grid villages.

While inaugurating the solar mini-grid project in Sarobi Ida Khel Village in the Palosa Sar union council of Karak, KfW Frankfurt Peace and Governance Programme Division Head Michael Gruber appreciated the efforts of PPAF and implementing partners in setting up the renewable energy projects in difficult and inaccessible terrains.

“These community-managed solar lighting systems will not only meet basic lighting requirements but will also be available for village-level businesses and local enterprises. They will increase the household income, adding value to local products and transforming lives of marginalised communities,” Gruber said.

“As these projects are located in difficult terrains, we have to make sure that a high quality of equipment and civil structures is used efficiently and in sustainable ways to ensure the long life of these projects,” KfW Germany Peace Governance Project Principal Project Manager Maja Bott said.

She further urged the beneficiary communities to “take ownership of operating and maintaining the solar systems.”

PPAF General Manager Nafees Ahmad Khan thanked KfW and the local communities for their support in completing the projects.

“PPAF is delighted to work on this project with KfW and to play an active part in helping improve lives of people living in the areas which will ultimately improve the socio-economic situation of the people and the overall development of the area,” Nafees said.

PPAF and KfW’s HRE project is spread over two phases. The first phase of the project, which began in 2013 and is expected to be completed later this year, will see as many as 68 solar mini-grid installed, generating a combined 500 kW in remote and off-grid locations of Karak, Swabi and Lakki Marwat districts. Additional micro hydropower plants, with a total capacity of 803 kW, are expected to be implemented in Chitral, Upper Dir and Buner districts.

Phase two of the project is expected to be completed in three years.

Once complete, the project would have been implemented in six districts of the province covering eight union councils in remote areas including in Swabi, Karak, Lakki Marwat, Buner, Upper Dir and Chitral.