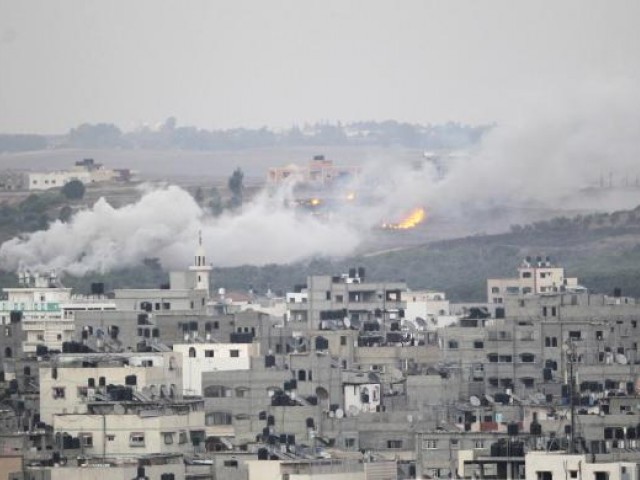 Syrian state media had accused Israel of bombing a military position in Aleppo province late Sunday, in what would be a rare Israeli attack so far north in the war-ravaged country. The Syrian Observatory for Human Rights, a Britain-based war monitor, said that those killed included at least six Syrians and that Iranian fighters were also stationed at the base.

State news agency SANA on Sunday reported a missile strike near a strategic air base but said there were no casualties. “The Zionist enemy… targeted with its missiles one of our military positions north of the Neirab military airport, but the damage was only material,” it said, citing a military source.

There was no immediate comment from the Israeli military, which very rarely confirms strikes on targets in Syria. Israel has repeatedly warned it will not tolerate an entrenched presence of its archfoe Iran in the neighbouring country. The Observatory, which relies on a network of sources inside the country, said it had recorded a wave of blasts around Neirab on Sunday night.

It said that a suspected Israeli missile strike had targeted “positions held by Syria’s government and its allies at the Neirab airport” and its surroundings. Suspected Israeli air strikes have hit Syrian army positions near Damascus and in the central provinces of Homs and Hama in the past but they rarely occur as far north as Aleppo. Tehran has dispatched military advisors to bolster Syrian President Bashar al-Assad’s efforts to fight back a seven-year uprising against his rule.