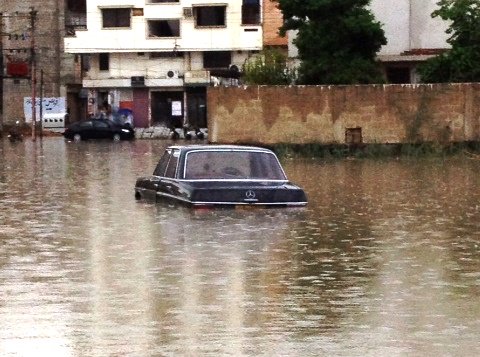 RAWALPINDI: As monsoon rains lash parts of the country, all municipal and disaster management departments in Rawalpindi have been alerted over the possibility of floods in the city.

All the concerned departments including the Rawalpindi Waste Management Company (RWMC), Water and Sanitation Agency (Wasa), Rescue-1122, Rawalpindi and Chaklala Cantonment Boards and Rawalpindi Municipal Corporation (RMC) have been put on high alert for the monsoon season.

A comprehensive action plan for preventing flood in the storm drains of the city has also been devised.

The departments are also finalising arrangements such as medical, evacuation, warning system and the establishment of emergency response cells to cope with any flood situation for monsoon season.

According to Additional Deputy Commissioner (ADC) General Sara Hayat, Wasa has set up a flood control room at its headquarters near Liaquat Bagh. Four field offices have also been set up at Moti Mehal, Commercial Market, Khayaban-e-Sir Syed and Bagh Sardaran where all the required machinery has been provided.

The cleanliness and de-silting work of all 11 storm drains of the city which empty into the Nullah Leh are being completed swiftly, she added.

A comprehensive action plan for preventing flood in Nullah Leh and other drains of the city has been devised with a view of mitigating flood and damages from it.

Wasa has set up five response units including four for floods and a water supply unit for monsoon season where staff will be on duty around the clock, she said.

Furthermore, efforts are being made to improve coordination and communication amongst the departments concerned.

Steps are also being taken to enhance public awareness of situations that increase flood risk.

The ADC said that the RMC has been directed to remove encroachment from the banks of the nullahs.

Rescue 1122 Rawalpindi has been tasked with monitoring and promptly conveying flood warnings to all agencies and the general public of low-lying areas well before time.

The whole target area which ranges from Kattarian to Chaklala bridges is divided into eight zones and 33 safe locations have been identified where evacuation centres and relief camps for effective management of flood disaster will be established.