Police say invest­igatio­n into the matter is underw­ay
By Our Correspondent
Published: July 15, 2018
Tweet Email 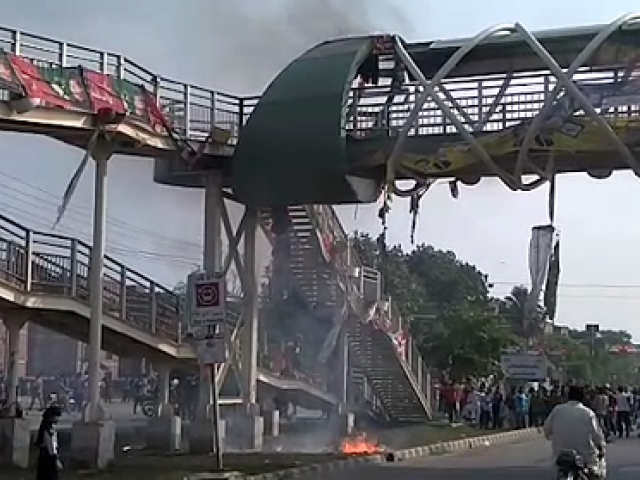 According to details, different political parties including PML-N and PTI had pasted their banners and posters throughout the city’s NA 131 constituency.

They had also placed these banners on an overhead bridge near Walton Road.

The fire not only burnt the advertisement poster and banners to ashes but also damaged fiber attached to the bridge.

According to eye-witnesses, a lot of people use the bridge to cross the road but the fire erupted suddenly and those behind it could not be spotted.

Police said further investigation into the matter was underway.

On the other hand, a video surfaced online, in which activists of PML-N, while holding a rally on the streets of Ferozwala, had painted a PTI flag on donkeys carrying lotas as they chanted slogans against the party leadership and against political turncoats.

Another video was doing the rounds on social media, in which people can be seen parading a dog with stickers and banners of PTI on the road.