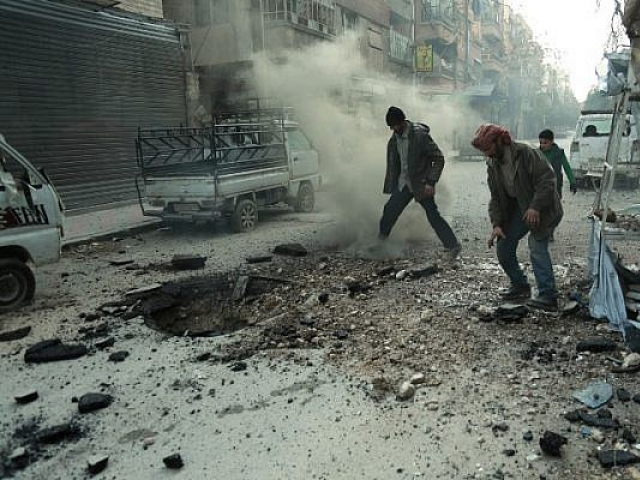 BEIRUT: Syrian government forces have been intensively shelling the southern province of Quneitra since early Sunday and seized part of the region, a war monitor said.

“The bombardment started from 03.00 [midnight GMT] and continued for the last six hours,” said Rami Abdel Rahman, the head of the Syrian Observatory for Human Rights.

“Around 800 missiles and shells have been fired against several areas in the province and fierce fighting continues on the ground between regime forces and rebels,” the chief of the Britain based monitor said.
Regime forces have retaken the area of Masshara, he added.

He did not immediately provide an estimate of casualties.

After securing Damascus and outlying areas of the capital, President Bashar al Assad’s regime on June 19 launched an offensive against Daraa, with support from Russia.

The Daraa onslaught took less than three weeks to break the militants’ grip, with the regime now in control of more than four-fifths of that province’s territory, the monitor said.

Militant groups still control 70% of Quneitra, while the Syrian government is in full control of Sweida–a third southern province– the Observatory added.

Quneitra province borders the Israeli-annexed Golan Heights.
Israel has been on high alert in recent weeks as Assad’s forces have tackled militant-held areas of southern Syria.

Abdel Rahman said that unlike in Daraa, fighter planes had not been used in the Quneitra offensive and that Russia was not yet taking part.
The Israeli army said on Friday it had fired a missile and “very probably” destroyed a drone flying over the demilitarised zone between Israel and Syria, after intercepting another drone on Wednesday.

Spurred on by Russia’s entry into Syria’s civil war in 2015, Assad’s regime now controls 61% of the country’s territory, according to the Observatory.