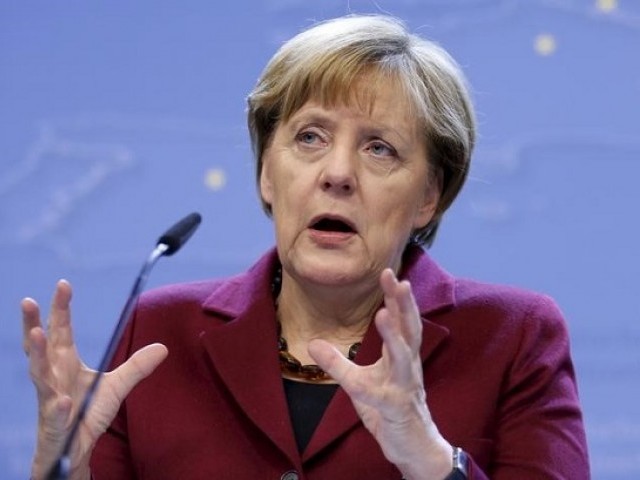 Germany is with Pakistan in the fight against terrorism says German Chancellor Merkel. PHOTO: REUTERS

German Chancellor Angela Merkel on Saturday lent Berlin’s full support to Islamabad in the fight against terrorism following the Mastung attack, in which 130 people were martyred and over 200 others sustained serious injuries on Friday.

Merkel strongly condemned the brazen attack and conveyed her sincere condolences with the people of Pakistan.

“I was deeply shocked by the news of the terrible terrorist attack on a campaign event in Balochistan. I strongly condemn this cowardly plot that has claimed so many victims. Rest assured, Germany is at your side in the fight against terrorism,” the statement read.

Pakistan mourns as Siraj Raisani laid to rest in Mastung

“Please convey to the relatives of the victims our heartfelt condolences and the injured our wishes for recovery”.

Meanwhile, Dr Mohammad Faisal, the spokesperson for the ministry of foreign affairs said that the United Nations Security Council and the secretary general António Guterres denounced the Mastung blast and conveyed their condolences to the victims’ families and the government of Pakistan.

The UNSC & the UNSG condemned the #Mastung blast and conveyed condolences to the families & Govt of Pakistan, for the horrific terrorist attack which claimed more than 120 precious lives yesterday.#Pakistan continues to valiantly fight terrorism everyday @LodhiMaleeha

A suicide bomber targetted the political corner meeting of the Balochistan Awami Party (BAP) leader Siraj Raisani on Friday, killing at least 130 people including Raisani and injuring over 200.

Experts have called the incident the deadliest in a string of attacks on electioneering that have heightened security fears ahead of the July 25 voting.