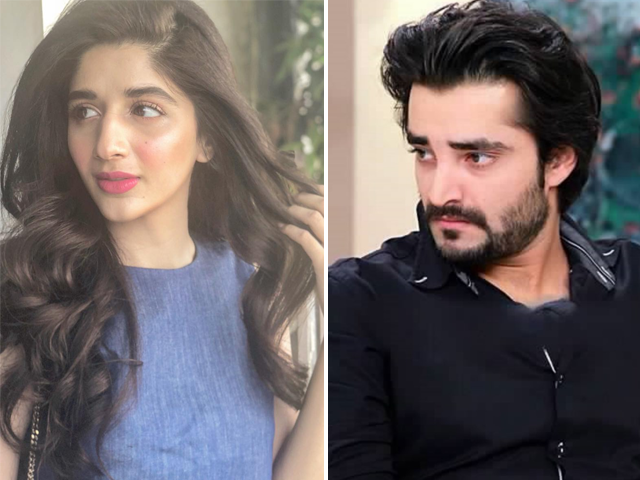 Exactly a week after their conviction by an accountability court in a corruption case, former prime minister Nawaz Sharif and his daughter Maryam arrived at their political bastion of Lahore on Friday evening, only to be arrested outside their aircraft and flown to Islamabad to their respective places of confinement.

Ahead of their departure from London, Maryam shared some emotional farewell pictures on her Twitter handle. One of the pictures, of the former prime minister and Maryam meeting Kulsoom Nawaz in the hospital, went viral.

Actors Mawra Hocane and Hamza Ali Abbasi took to Twitter to call out the Sharif family for their attempt to gain sympathy votes.

“One needs to be utterly shameless to use his old mother and ailing wife for politics and concealing his crimes with the intention of gaining the sympathy of the masses,” Abbasi had written.

Hocane, on the other hand, written, “The campaigns they are running to get sympathy are quite ridiculous. There’s no need to create a circus out of a legal decision.”

The campaigns they are running to get sympathy are quiet ridiculous. There’s no need to create a circus out of a legal decision ‍♀️

And then wrote, “But oh well…”

Her sister, Urwa Hocane, didn’t criticise the Sharifs for the pictures, but lauded top court’s decision.

So so proud of our judicial system ! Criminals have been arrested. I haven’t seen a better news in a while ! Pakistan Zindabad

“So so proud of our judicial system! Criminals have been arrested. I haven’t seen a better news in a while! Pakistan Zindabad,” wrote the Rangreza starlet.

The Sharifs, who were awarded rigorous imprisonment in Avenfield apartments case on July 6 while they were in London to see Nawaz Sharif’s ailing wife, landed at Lahore’s Allama Iqbal International Airport at around 8:50 pm yesterday.

Joe Jonas to Justin Bieber: Why is young Hollywood so eager to get married already?