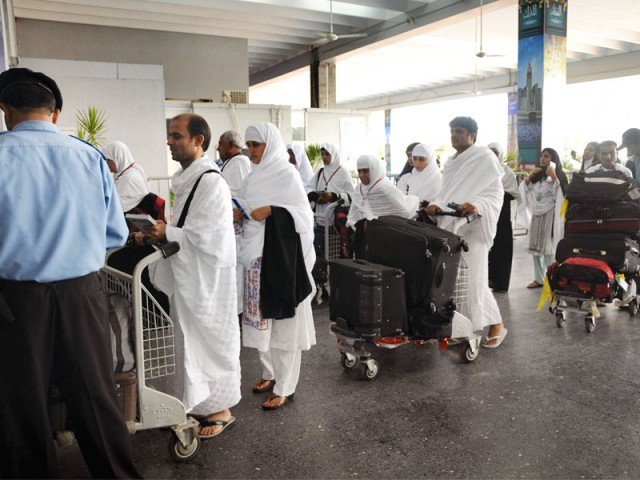 All Hajj operations and services will be provided by the national carrier alone PHOTO: EXPRESS

KARACHI  : The first Hajj flight of Pakistan International Airlines (PIA) departed on Saturday for the city of Madina.

The first flight, PK-7001 left Karachi for Madina and PK-7003 departed from Islamabad, said a statement released by the airline.

Giving a breakdown of passenger loads from different stations, the national carrier elaborated that it will transport nearly 13,152 pilgrims from Islamabad, 12,456 pilgrims from Lahore, 8,559 from Peshawar, 10,124 from Karachi, 3,787 from Sialkot, 4,903 from Multan and 1,122 pilgrims from Faisalabad.