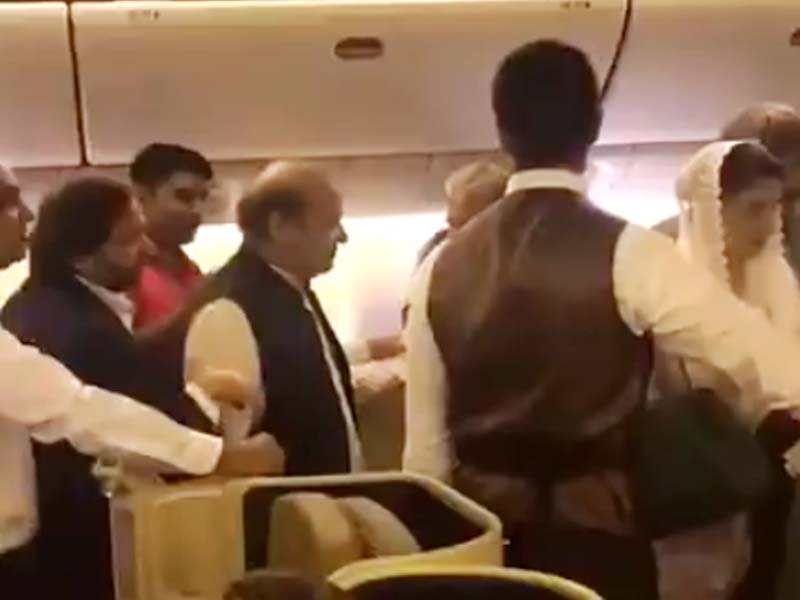 The two were shifted to the Rawalpindi jail in separate vehicles after being flown to Islamabad in a special plane to serve sentence announced by the accountability court in Avenfield reference last week.

The National Accountability Bureau (NAB) team arrested the duo amid stiff resistance at the airport. The roads leading to the airport were blocked as scuffles broke out between police and PML-N loyalists.

According to a notification issued by the chief commissioner of Islamabad Capital Territory (ICT), the Sihala police rest house was declared sub-jail for keeping the convicts till further notice.

Media reports earlier suggested that the authorities had decided to divert the plane to Islamabad airport, concerning security threats.

Nawaz was sentenced in absentia last week to 10 years in prison by a corruption court over the purchase of high-end properties in London, dealing a serious blow to his Pakistan Muslim League-Nawaz (PML-N) party’s bid weeks ahead of the July 25 polls.

Talking to reporters from Abu Dhabi over the phone, the former PM said Pakistan had been turned into a battlefield.

He alleged that some forces were forcing the caretaker government to take harsh decisions in Punjab ahead of elections.

Nawaz urged Punjab caretaker chief minister Dr Hasan Askari Rizvi to resign or step down because “people of Punjab had lost faith in him”.  The deposed PM questioned why such measures were being taken in Punjab alone.

To a question, he questioned the alleged curb on freedom of speech and asked the media to stand up against it.

He said the court has also appointed Islamabad’s magistrate Waseem Ahmed as court representative for execution of the warrants of imprisonment on behalf of the court.

Meanwhile, the district administration has declared the premises of Sihala police training rest house as sub-jail for keeping the convicts. The security will be provided by Islamabad police.

10:18pm: The duo is likely to be produced before the accountability court before being shifted to Adiala jail. Judge Muhammad Bashir and NAB’s prosecution team reach the court.

9:45pm: Scuffle witnessed at airport as workers attempted to resist the arrests. Maryam Nawaz restrained from walking towards the terminal. The duo taken into custody unharmed. 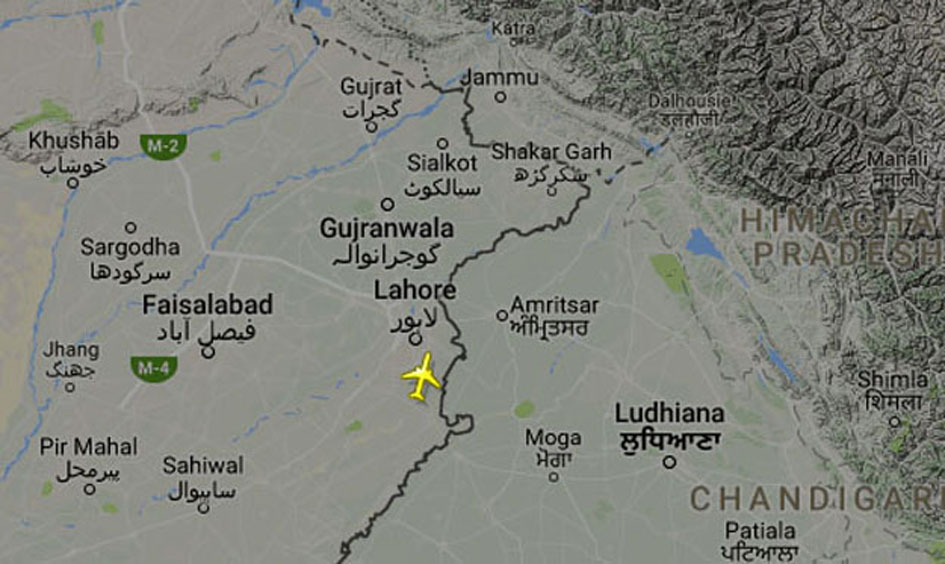 8:29pm: One of the party’s rallies reach Mall Road after crossing all barriers. 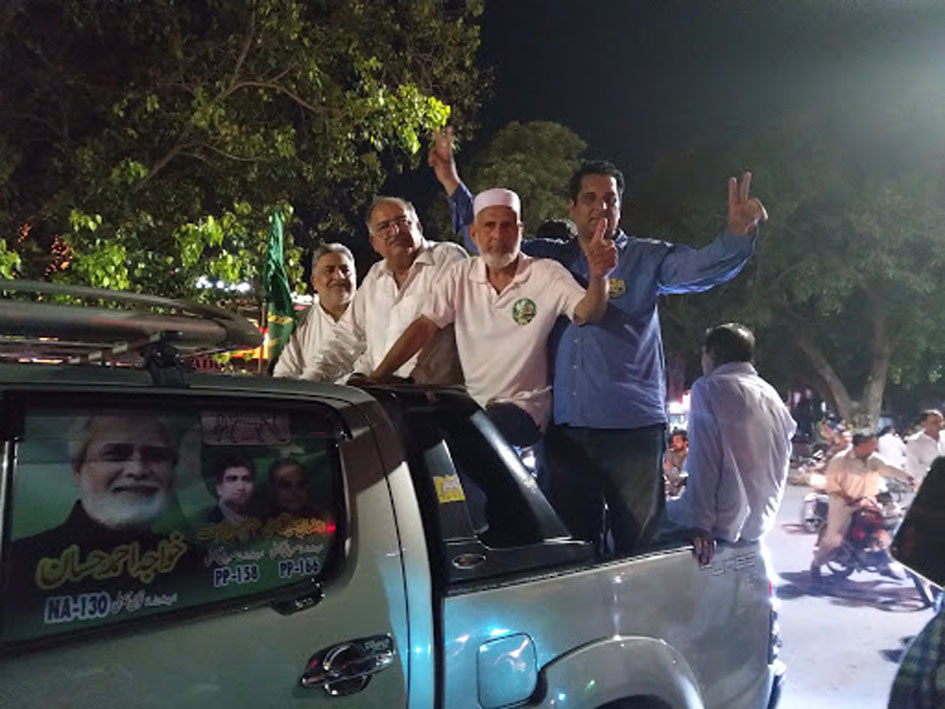 8:24pm: PML-N chief Shehbaz Sharif addresses media on Mall Road, says the people of Lahore have taken to streets and have rejected the caretaker government’s measures to bar them from reaching the airport.

8:15pm: Clashes also reported on Airport road in Lahore. Police use teargas shelling to restrain the party’s workers from approaching the airport. 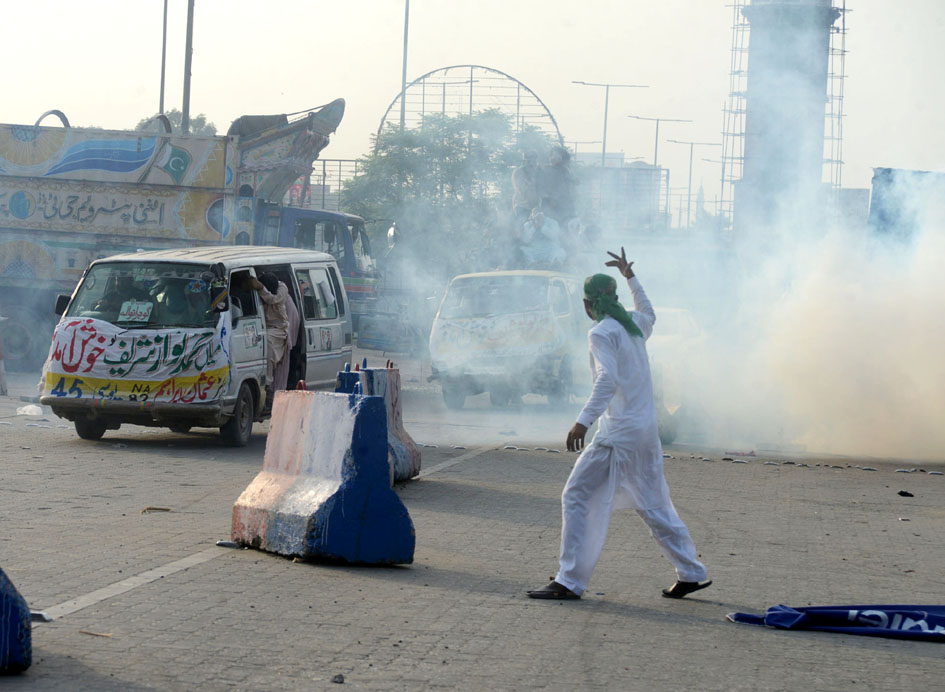 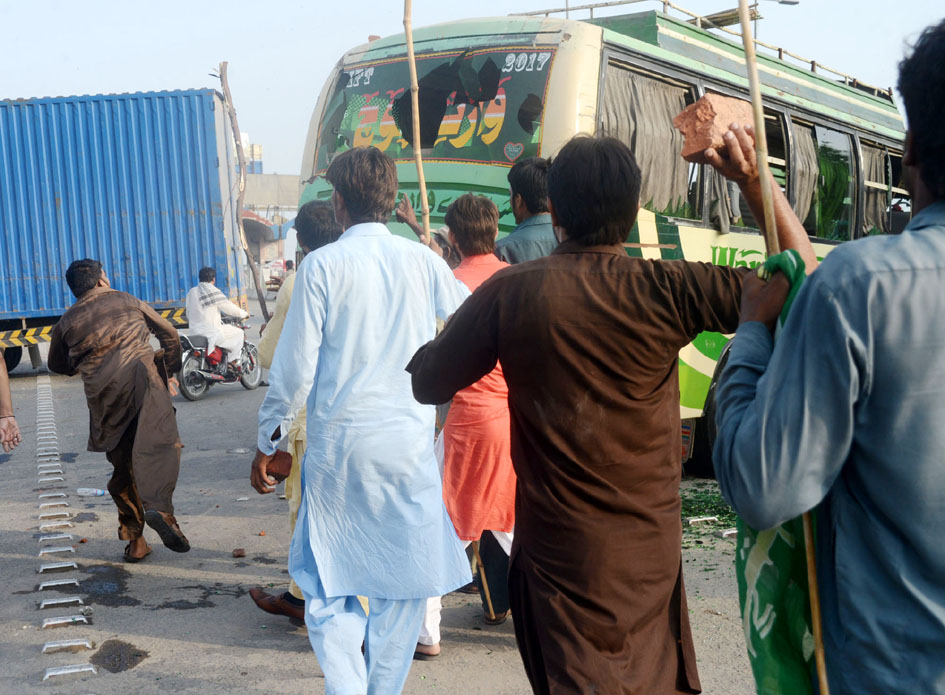 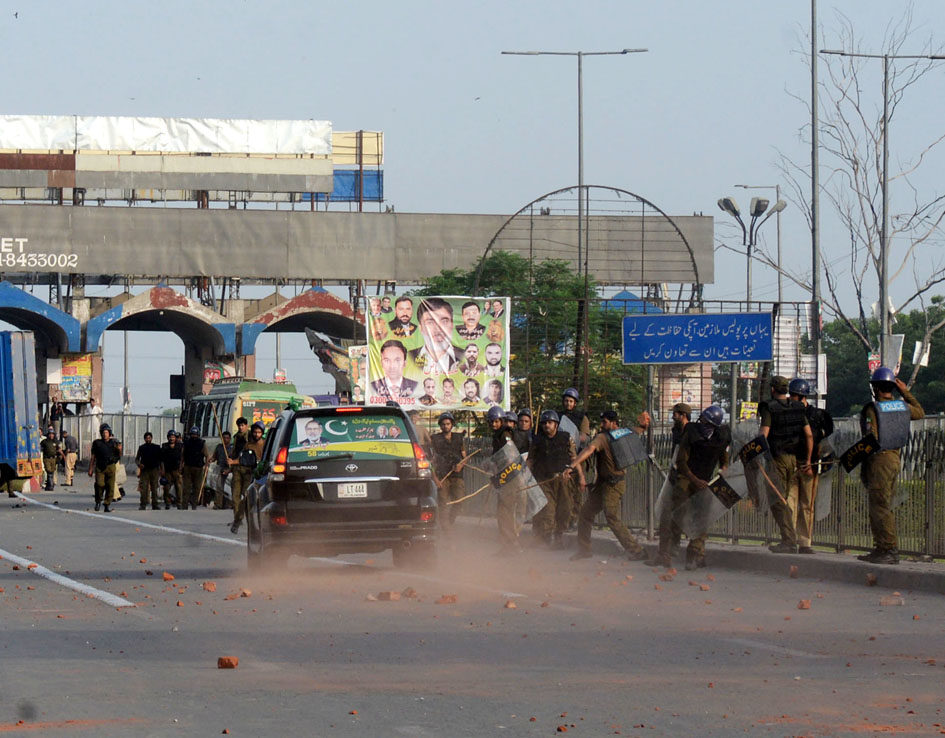 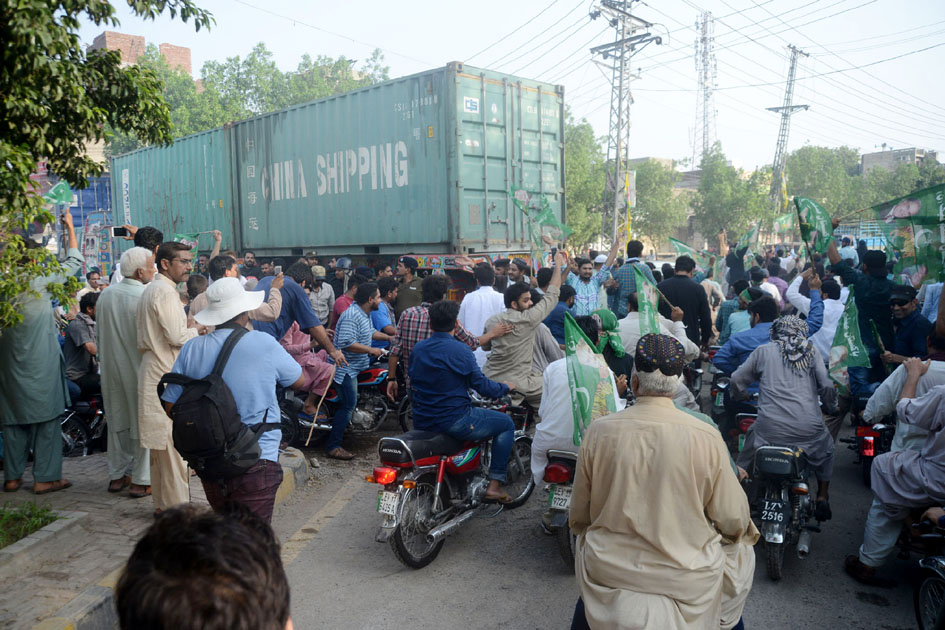 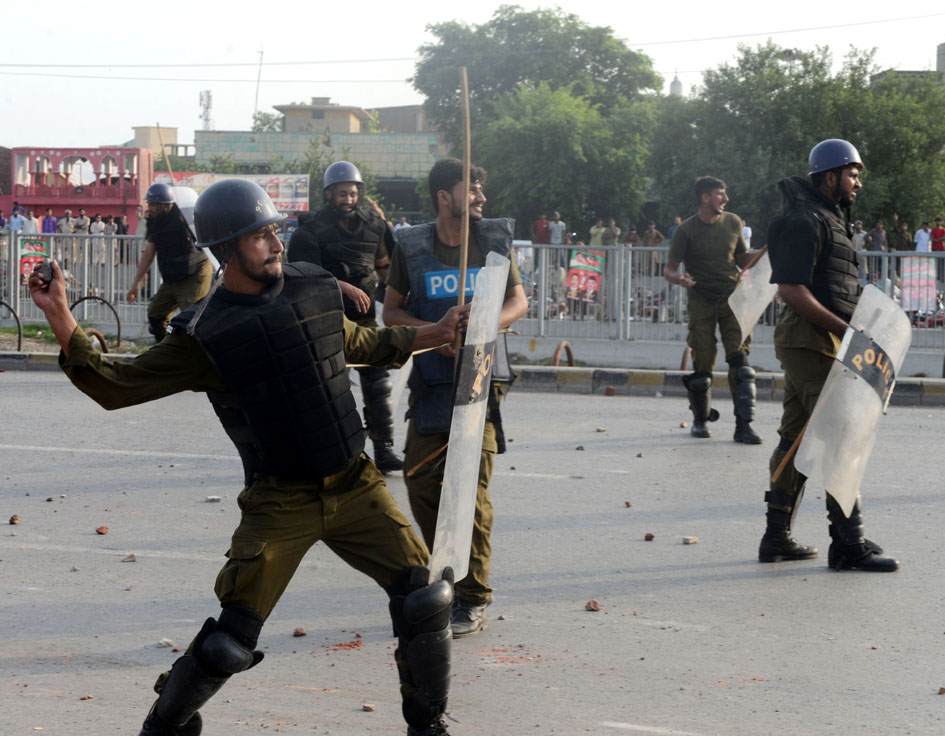 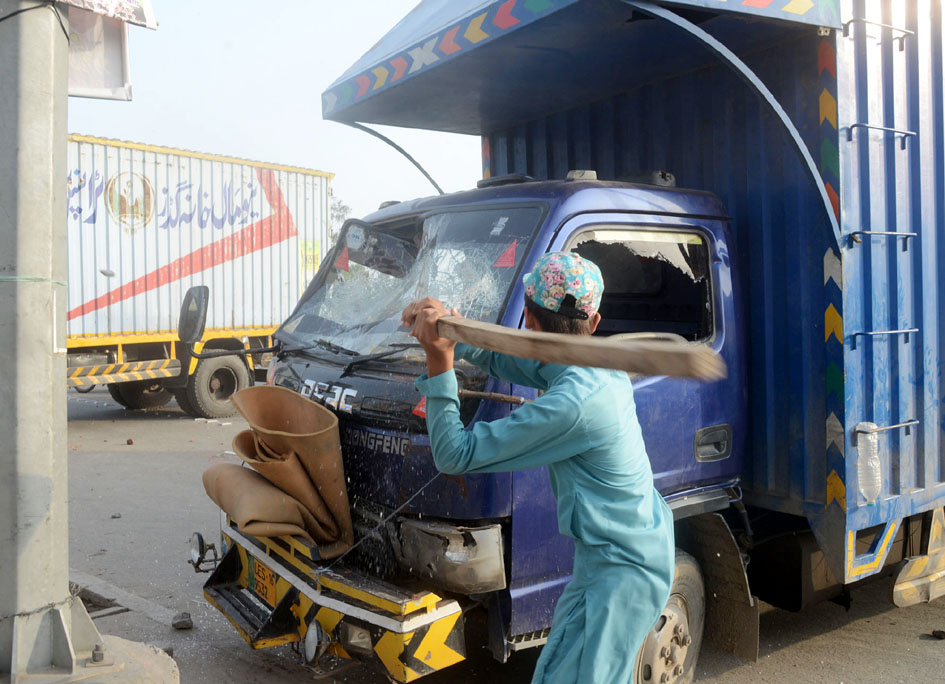 6:03pm: As the Etihad flight takes off, the father-daughter duo head back to Pakistan. You can track the flight here.

4:52 pm: PML-N workers vandalise the car of police officials from Nuwakot police station. Workers with leaders Rana Mashood and Meher Ishtiaq smashed the windscreen of the vehicle. SP Iqbal Town Muhammad Ali reached the site and has started investigation against the perpetrators, SSP Operations Lahore Asad Sarfaraz Khan confirmed. “Those who try to take the law in their hands will be jailed,” he added.

Early on Friday morning, Nawaz said he returning to the country despite know that prison awaits him.

“I want to tell the people of Pakistan that I am going to jail for them,” he said in a video message posted by daughter Maryam Nawaz on Twitter.

Nawaz and Maryam left London late Thursday night to embark on their journey back to Pakistan. Photographs shared by the PML-N on Twitter showed the father-daughter duo meeting family, friends and party leaders for their goodbyes. The two are expected to reach Lahore’s Allama Iqbal International Airport by 6:30 pm Friday evening.

Maryam also tweeted on Thursday that her mother Begum Kulsoom Nawaz had opened her eyes for a few seconds for the first time in weeks, she also requested her followers to pray for her mother’s well-being.

“First time in 30 days, Ami opened eyes for a few seconds. Don’t know if she saw or registered us. [Begum Nawaz] is still not conscious and on ventilator. Prayers solicited.” 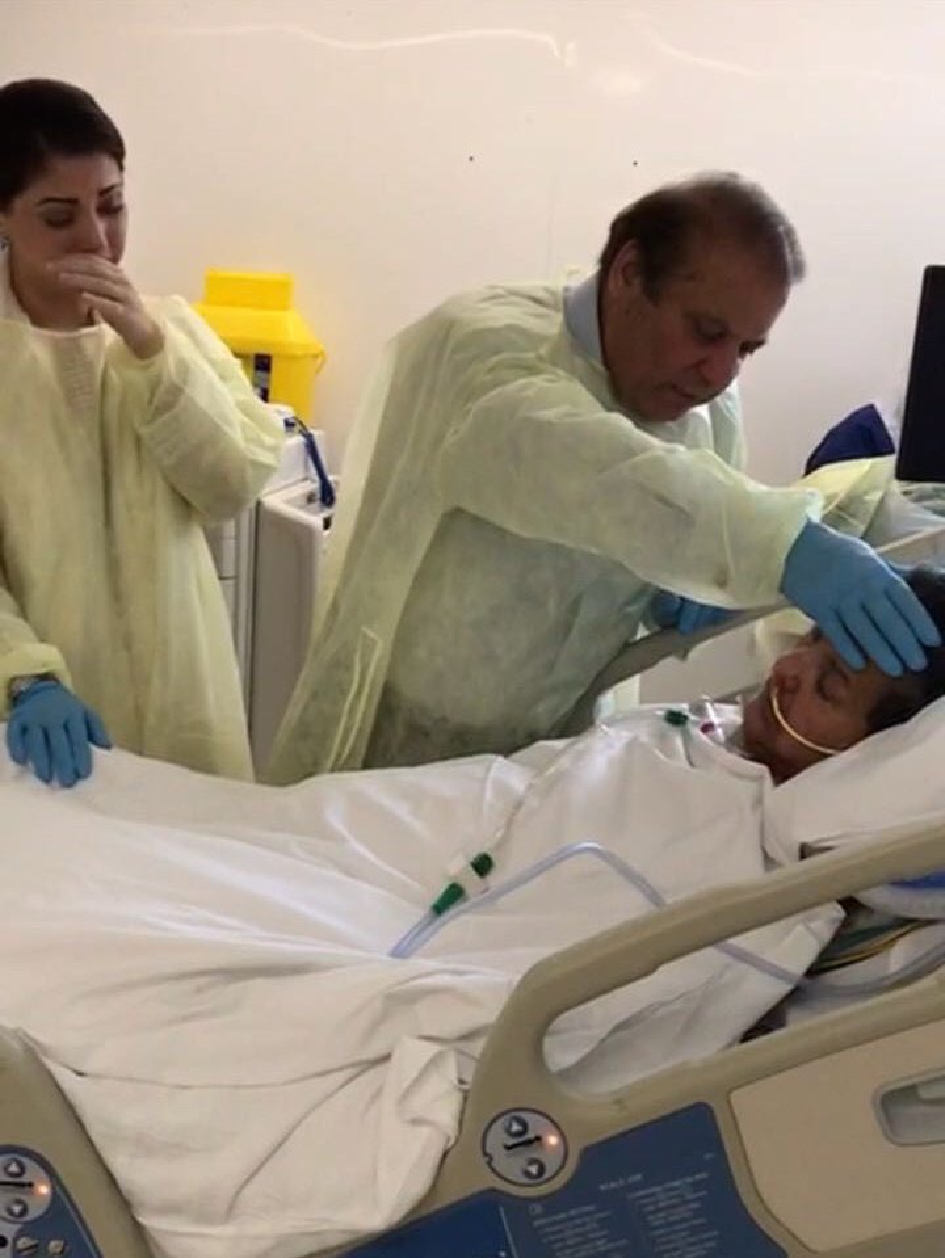 Before departing for Pakistan, Maryam tweeted that her children remained defiant against all odds, and wished them farewell. “Told my kids to be brave in the face of oppression. But kids will still be kids. Goodbyes are hard, even for the grownups,” she wrote. 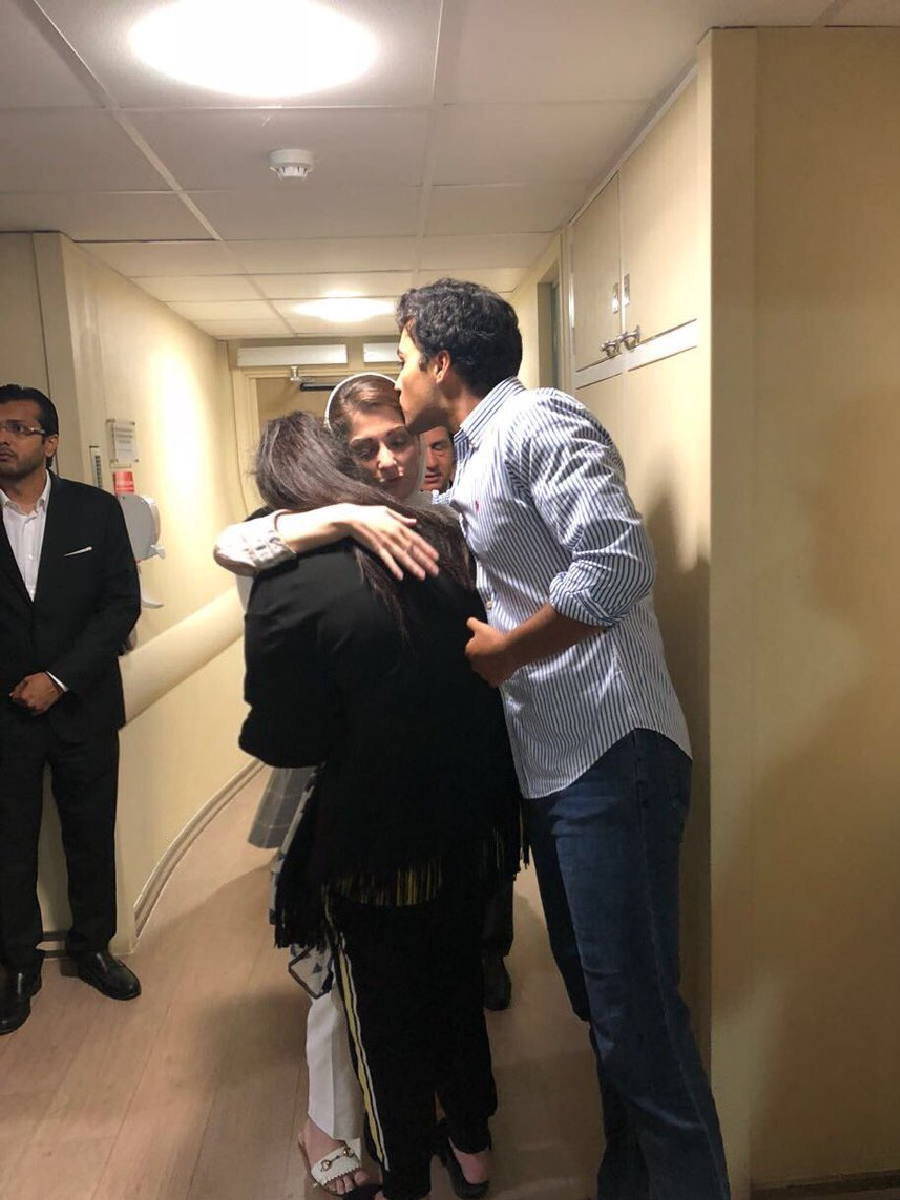 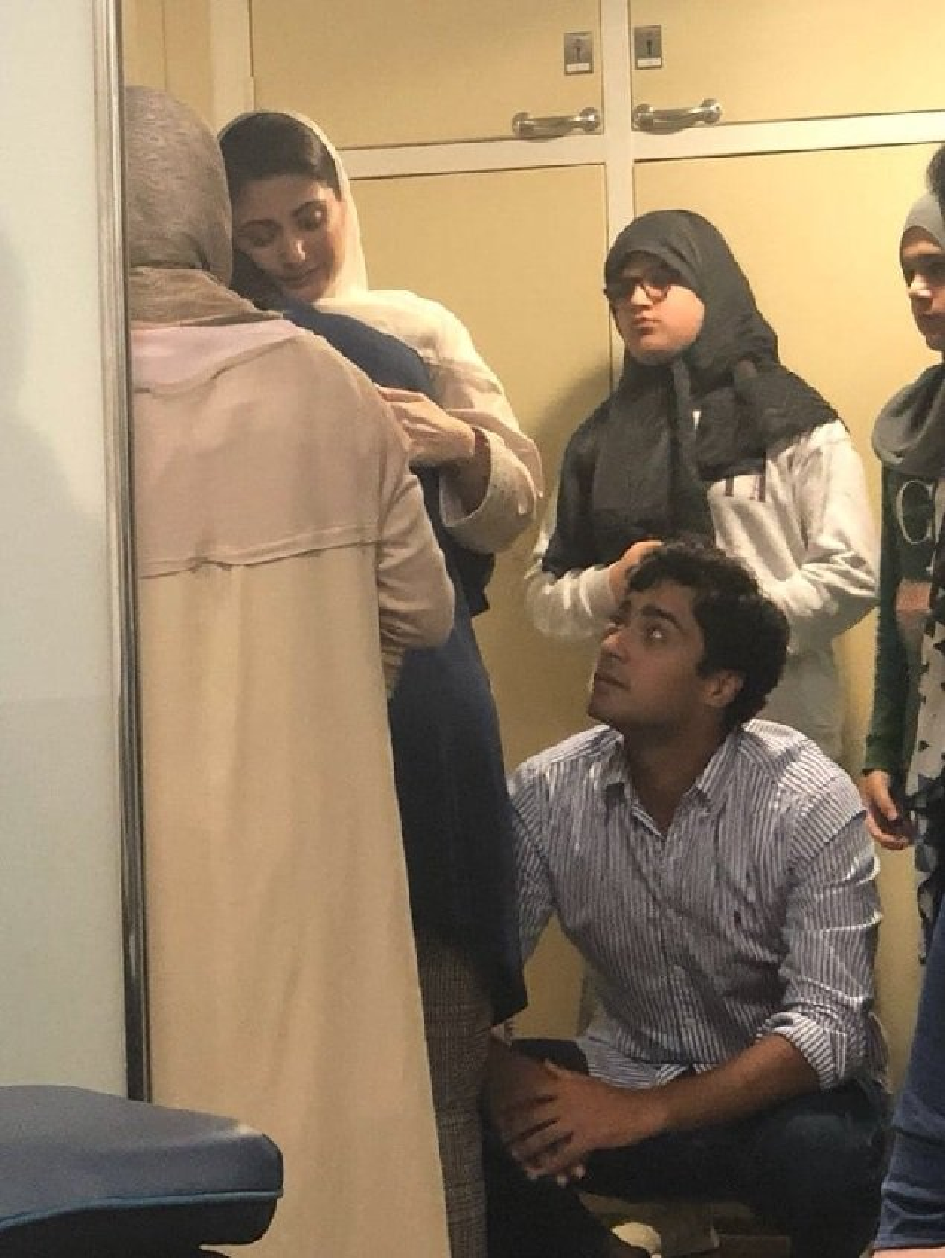 On Thursday, former chief minister Punjab and PML-N President Shehbaz Sharif said that hundreds of their workers and supporters had been arrested ahead of Nawaz’s expected return in what he said was “naked” pre-poll rigging against their party.

The younger Sharif brother has pledged to marshal a welcome for the former prime minister, saying thousands of supporters would travel to Lahore airport to back Nawaz. “We’ll go to the airport tomorrow despite this brutality, and we will remain completely peaceful.”

Containers could be seen blocking some Lahore roads on Friday morning, while travel to and from the airport had reportedly been restricted.

With additional updates from our correspondents in Islamabad and Lahore