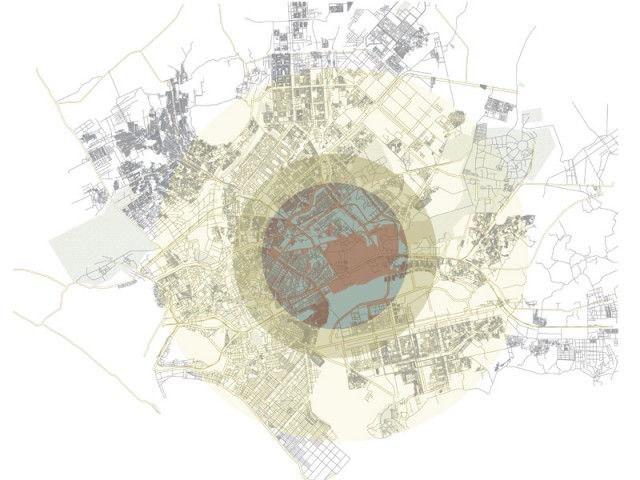 Areas lying under the six cantonment boards of Karachi have been included in 10 National Assembly constituencies and as many provincial constituencies. DESIGN: MAHA HAIDER

KARACHI: In the new delimitations by the Election Commission of Pakistan (ECP), areas lying under the six cantonment boards of Karachi have been included in 10 National Assembly constituencies and as many provincial  constituencies.

The new delimitations had been carried out by the ECP with the help of the statistics and maps of the provincial Board of Revenue (BoR) and Pakistan Bureau of Statistics (PBS). However, the statistics of BoR and PBS are not conforming to each other regarding cantonment boards, leading to confusion among voters in these areas.

According to the PBS sources, data on the bureau’s website is based on provisional results. The PBS has yet to upload final data in which population and boundaries of the districts would be accurately displayed.

The sources added that in the session of the Council of Common Interests (CCI) that was held on May 28 this year with then prime minister Shahid Khaqan Abbasi in chair, it was decided to leave the announcement of the final results of the census for the next government. Initially, it had been proposed to announce the final results without the audit of 5% census data, however, then chief ministers of Sindh and Balochistan opposed the idea after which the CCI left the matter for the new elected governments to decide.

Since the final census results will be approved by the new governments that will be formed after the elections, the statistics on PBS website cannot be reconciled with the BoR figures at present.

The ECP carried out new delimitations according to district demarcations of the BoR. However, the commission has also incorporated some data provided by the PBS while deciding the new boundaries of constituencies.

According to new delimitations, all the areas of the Malir Cantonment Board are included in a single national and provincial constituency – NA-237 and PS-88.

Will contest elections from Karachi if given a ticket: Miftah

A few parts of the Korangi Creek Cantonment Board have been included in NA-238 District Malir, however, its major chunk falls under NA-241 District Korangi. The cantonment board lies in two provincial assembly seats, PS-91 and PS-97.

Most of the areas of the Clifton Cantonment Board fall in NA-247 District South but a few of its localities have been included in NA-241 District Korangi. For Sindh Assembly, the cantonment board is covered by PS-97 and PS-111.