Says target of 6.2% unlike­ly to be met; inflat­ion to be higher­
By Salman Siddiqui
Published: July 12, 2018
Tweet Email 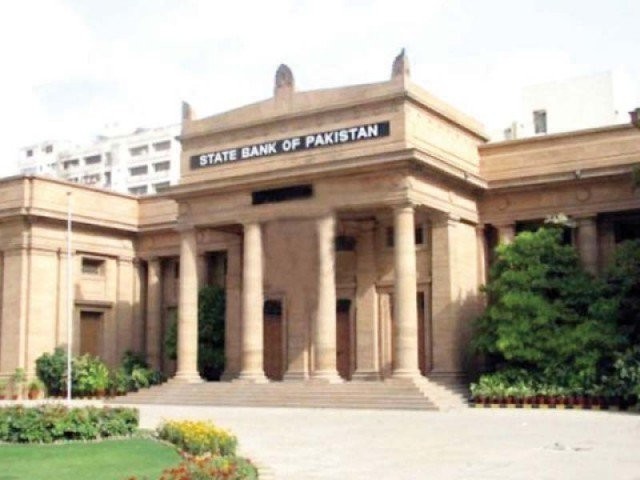 KARACHI: Pakistan is unlikely to achieve the growth target of 6.2% in the current fiscal year amid an increase in the number of challenges facing the economy, wrote the State Bank of Pakistan (SBP) in its quarterly report on the state of the economy.

However, depleting foreign exchange reserves and a weaker rupee stifle growth plans for South Asia’s second largest economy, which was also hit by political uncertainty in the wake of Nawaz Sharif’s disqualification from the post of prime minister.

“Growing external vulnerability and high fiscal deficit will continue to pose major down side risks to the achievement of this target,” the SBP said in its third quarterly report on the state of Pakistan’s economy for fiscal year 2018.

The previous government set the new economic growth target by largely ignoring deterioration in economic fundamentals over the last one year mainly due to its full-time engagement in defending Sharif and his family members in court, sparing little or no time for economic management.

One of the biggest and immediate challenges for economic managers is to shore up foreign currency reserves, which have depleted to less than two months of import cover at $9.78 billion on June 29, 2018. The current account deficit widened to a historic high of over $16 billion in the first 11-months of the just ended FY18.

The emergence of a water crisis has added to the woes.

“Moreover, on the real side, the ongoing dry spell and water shortage may adversely impact the value addition potential of the agriculture sector,” the central bank added.

The central bank also pointed out that the rupee depreciation of over 15% to Rs121.53 to the US dollar in the last seven months has also started impacting and may push inflation to the targeted level of 6% in FY19.

Some brokerage houses anticipated inflation to hit 8.5% in the year and the central bank to increase the key interest rate by 200 basis points to 8.5% by December 2018. If it happens, it would further slow down credit to the private sector and impact economic growth.

“High domestic demand, lagged impact of adjustment in energy prices, and rupee depreciation are likely to contribute to higher CPI inflation in FY19,” it said. “Smooth supply of staple food items and soft oil price on the other hand could offset these underlying pressures and help keep inflation around the target of 6% set for FY19.”

The PML-N government set the fiscal deficit target at 4.9% of GDP for FY19, which is based on a 12.7% anticipated growth in tax revenues and a 10% increase in expenditure, with greater emphasis on current expenditure.

“While the current budget has reduced tax rates without rationalising expenditure, achieving the fiscal deficit target in this backdrop appears challenging,” it said.

On the external side, prospects of a growth in exports remain encouraging on the back of rupee depreciation, recovery in global demand, fiscal incentives for exports, ease in power supply and improved price outlook of rice and cotton in the international markets. Also, the growth in workers’ remittances is expected to further gather some pace, partly on account of the steps taken by the government and SBP to attract inflows through official channels.

However, the import bill is likely to stay high owing to a notable increase in international commodity prices, especially of oil. This would keep the trade deficit high in FY19 as well.